The Growlers Return To Australia This Week 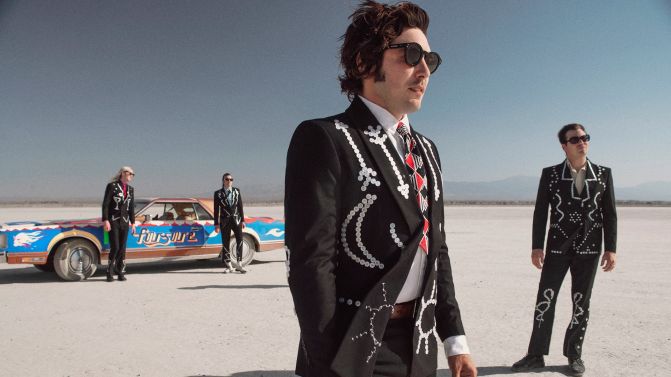 Switching the sunny Californian skies for the even brighter Australian shores, The Growlers fit right down under. Returning with another acclaimed single under their belts and road-ready, the four-piece take on Australia for an extensive run of shows this January.

Starting in their second home of the Gold Coast, The Growlers will also take on audiences in Brisbane, Byron Bay and the Sunshine Coast before heading out to Melbourne, Adelaide and two shows in Sydney. This tour follows on from their acclaimed 2017 tour behind their Julian Casablancas-produced ‘City Club’ album.

Their new single, Who Loves the Scum? is a brash and confident piece of avant-garde beach-grunge which appears close to the band’s exuberant roots. The guitars are piercing, vocals washed out and the bass lines pummelling. You shouldn’t expect anything from The Growlers other than supreme vibes.

Shows have already started selling so be sure to snag some tickets HERE. Support comes from The Babe Rainbow, The Chats, Pist Idiots, San Mei and more. Check your local for who’s playing and where.