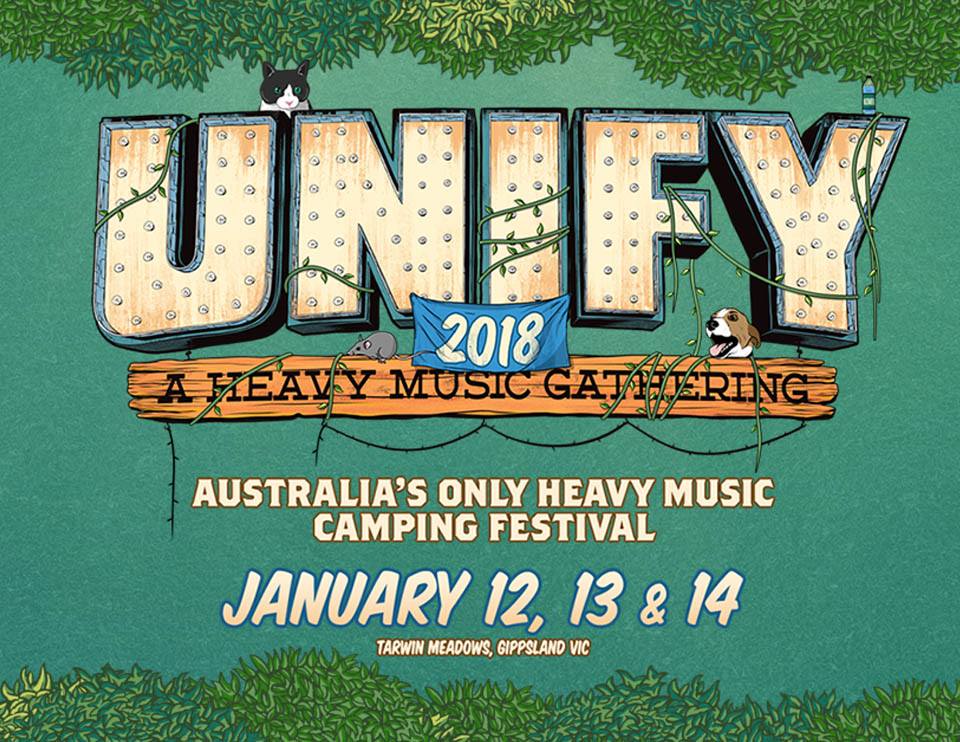 Amid reports of fake posters and teasing lineup additions, UNIFY Gathering have, finally, this morning, announced the lineup for 2018’s edition of the festival. Last night, organisers dropped its two headliners, Parkway Drive and The Amity Affliction, doing anniversary sets, now the full lineup is here for you to feast on.

Joining the heavy metal, punk and hardcore three-day camping festival will be Architects, Tonight Alive, Four Year Strong, Behind Crimson Eyes, With Confidence, Polaris, Hands Like Houses, Hellions and literally so many more.

From Friday 12th January to Sunday 14 January, UNFIY Gathering will descend upon Tarwin Meadows in South Gippsland. Now in its fourth year, the festival continues to improve and dedicate itself to its growing community and fanbase. Selling out every year, only promising a limited run of tickets, this year’s festival is no different—best get in early! 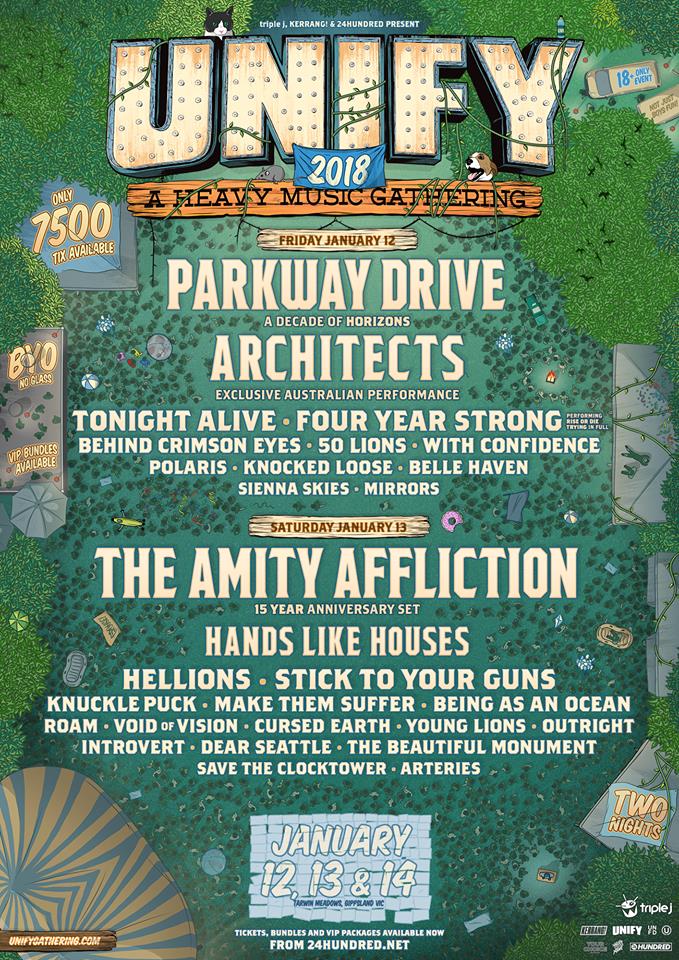