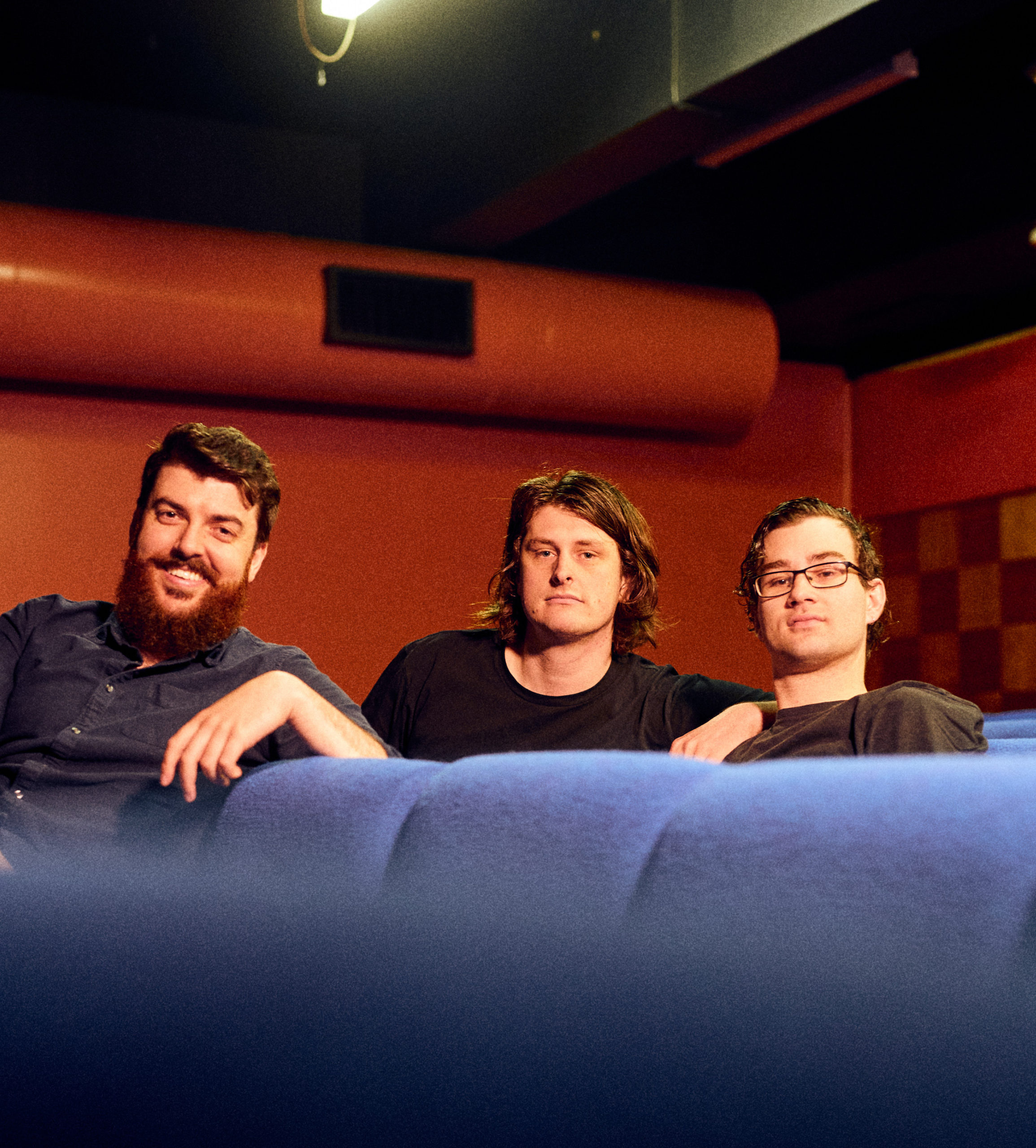 Verticoli’s new album is a commanding authority on the elements that span hard rock and prog. With firm knowledge and understanding of its sound, ‘The Echo’ unfurls as a detailed cross-section of mid-2000s alt-rock production where Australian stalwarts COG and Silverchair’s essence line the smelting pot as components of other Hard rock and grunge indomitables like Alice in Chains, Rage Against The Machine, Audioslave and Nirvana boil away the impurities.

Tidal forces of guitar thrum and recede as the album starts, the palpable rumble of bass then tumbling forward in the undertow on tracks ‘Undercover’ and ‘Hits Of The Summer’

Accompanied by a colossal hammer of drums that keeps everything firmly in place, guitarist and singer Sam Hunn’s vocals freely cascade through the topography of each track’s soundscape as anthems and chorales on depression and paranoia and “getting punched in the face”.

‘Pride & Legacy’ and its accompanying video toil in tandem as a criticism of archaic leadership principles, with Hunn explaining “‘Pride & Legacy’ was written when I was reading about Roman Emperors going away to conquer lands in return for the respect and admiration of their people. A certain archaic pride-filled attitude to warfare, where your ability to conquer the ‘enemy’ reflects your worth…This served as the basis for the song.”

On the Video he continues, “The song is about war as a means of generating power and prestige, rather than to defend against an evil enemy. Chess seemed like a good analogy for ‘war games’. Jez and I are tyrants.”

Following on from ‘Silent Scream’ and its relentless thumping of bass and the earnest thrall of lyrics on escapism, ‘Sailor’ stands out as a yearning cut of poignant alt-rock that is equal parts inviting and foreboding. Lightly distorted bass guides the way for the haunting falsetto backing vocals to create a sombre and gripping experience, washing over the listener.

‘True Love’ opens with a similar pace and space to its predecessor before finding its feet and dashing to its chorus, sprinting into the new theme of lovesickness of the following piece, ‘Weak’, and its mercurial shifts through bridges and scattered motifs.

Breath and ethereal expanse are created in ‘Alive’ and the humble simplicity that the instruments conjure like a gentle cloud cover soothes and swirls before the penultimate ‘Surrender’. The shortest cut on the album, it boasts the most with a rallying cry of a large audience joining the chorus with the rest of the band.

The titular track, ‘The Echo’ feels like the final artefact to fall from the forge that is this album. A dissonantly bent riff and familiar distortion on bass and steadfast drums open the doors to a fragile verse, Hunn explaining, “The track itself ‘The Echo’ is a coming-of-age story of a boy (Sam) who grew up with values informed by a passion for music and the ongoing struggle that presents for someone whose music never really found a foothold and is still trying to find his place in the world.”

‘The Echo’ is a ferocious commitment to giving oneself up to what is, what has been and what will come, the echo. The album finishes with the ghost of the title track fading out in an endearing, low-fi antithesis to itself.