Watch Members Of My Chemical Romance, The Used Hit Stage with Andy Black 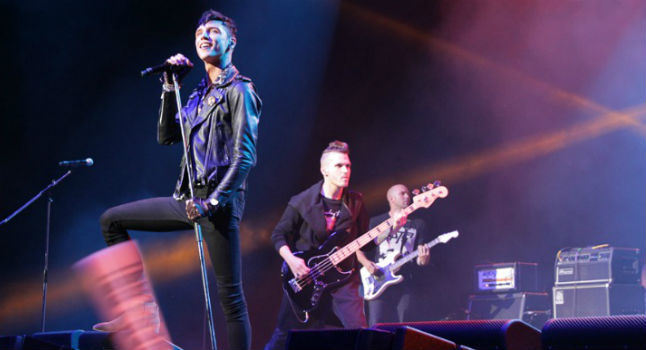 The footage revealed Black’s performance was accompanied by a dream “super group”. Some of alternative rock’s biggest band members such as Mikey Way of My Chemical Romance and Quinn Allman of The Used made a surprise debut along side Black delivering fans a solid performance.

As a unit the dynamic trio executed an explosive performance, dishing out tracks such as We Dont Have To Dance and Louder Than Your Love, off Andy Black’s solo album ‘The Shadow Side’.

Through out the entire performance it was clear how much the “super band” fuelled Black’s presence and energy on the stage. Black seemed invincible with his dynamic back up members. For fans it was a performance to remember!

You can check out the performance down below!