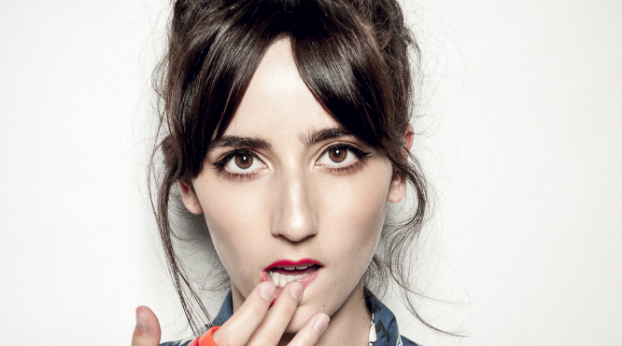 When Elizabeth Rose’s debut album finally hits the airwaves, we have a feeling she’ll be quickly scaling the pop queendom ladder. Her first full length album embodies a zealous grade of future pop which is set to grace our ears on the 4th of March. ‘Intra’ includes singles Shoulda Coulda Woulda and Divisions and boasts a massive lineup of star collaborations. If you crave danceable pop songs with a dash of unique melodies and slinky production look no further than ‘Intra’.

“If you crave danceable pop songs with a dash of unique melodies and slinky production look no further than ‘Intra’.”

After releasing a string of singles over the past 4 years, Rose has not only kept us on the edge of our seats waiting, but we believe she’s also delivered. Her debut album flaunts a full bodied landscape of layered synths with deep rhythmic qualities and powerfully accomplished vocals. The album kicks off with the high energy and bold single Shoulda Coulda Woulda followed by In 3’s, our favourite track. In 3’s is an insatiably catchy pop track with unusual edgy melodies in the verses countered with an incredibly hooky chorus. It’s like oozing pink candy for the ears yet totally guilt free and repeat worthy.

Same Old Song is another mentionable number. Rose’s RnB influence is clear in this track as it takes you on a journey back to the mid 90’s with mild flavours of Ginuwine’s Pony. Her vocals are soulful, infectious and accompanied by yet another complex and intricate soundscape. Same Old Song has similar rhythmic qualities, however harbours a smooth honey like tempo that makes you want to get down and slow dance on the D-floor. The song ends with an climatic key changing crescendo displaying Rose’s impressive vocal range.

On the more electronica end of the ‘Intra’ scale is Close. With a faster tempo and elaborate percussion, this track has slightly less melodic qualities in comparison to other tracks. It’s strays away from the candy pop and takes on a Bjork-esk mid 90’s trip hop vibe. This isn’t to say it’s not as catchy as it explores more complex sounds, it’s lack of pop-ness is refreshing.

“Collaborating with a line up musical favourites has definitely contributed to the sparkle of this album.”

The album’s concepts and lyrical content revolves around Rose’s introspective ideas and views on current political issues such as marriage equality, gun violence, and anxiety that arises from social media, and of course a couple of tracks relating to relationships. Although the lyrical direction is relevant and the issues she brings light to are current and should be continuously mentioned, it’s the musical and productional aesthetics that shine through the brightest.

Collaborating with a line up musical favourites has definitely contributed to the sparkle of this album. The impressive assortment begins with Grammy winning Aussie artist M-Phazes, co-writing and co-producing on single Shoulda Coulda Woulda. Also joining him on the album are Chrome Sparks, George Nicholas, and Remi. Mixing duties were in the capable hands of Grammy Award-winning US producer Jimmy Douglas (Jay Z, Missy Elliot, and John Legend) with mastering by John Davis (FKA Twigs, Lana Del Rey).

If you’re hanging to hear her debut album, ‘Intra’ will be hitting shelves on March the 4th. If you want to catch Elizabeth Rose live see tour dates below!