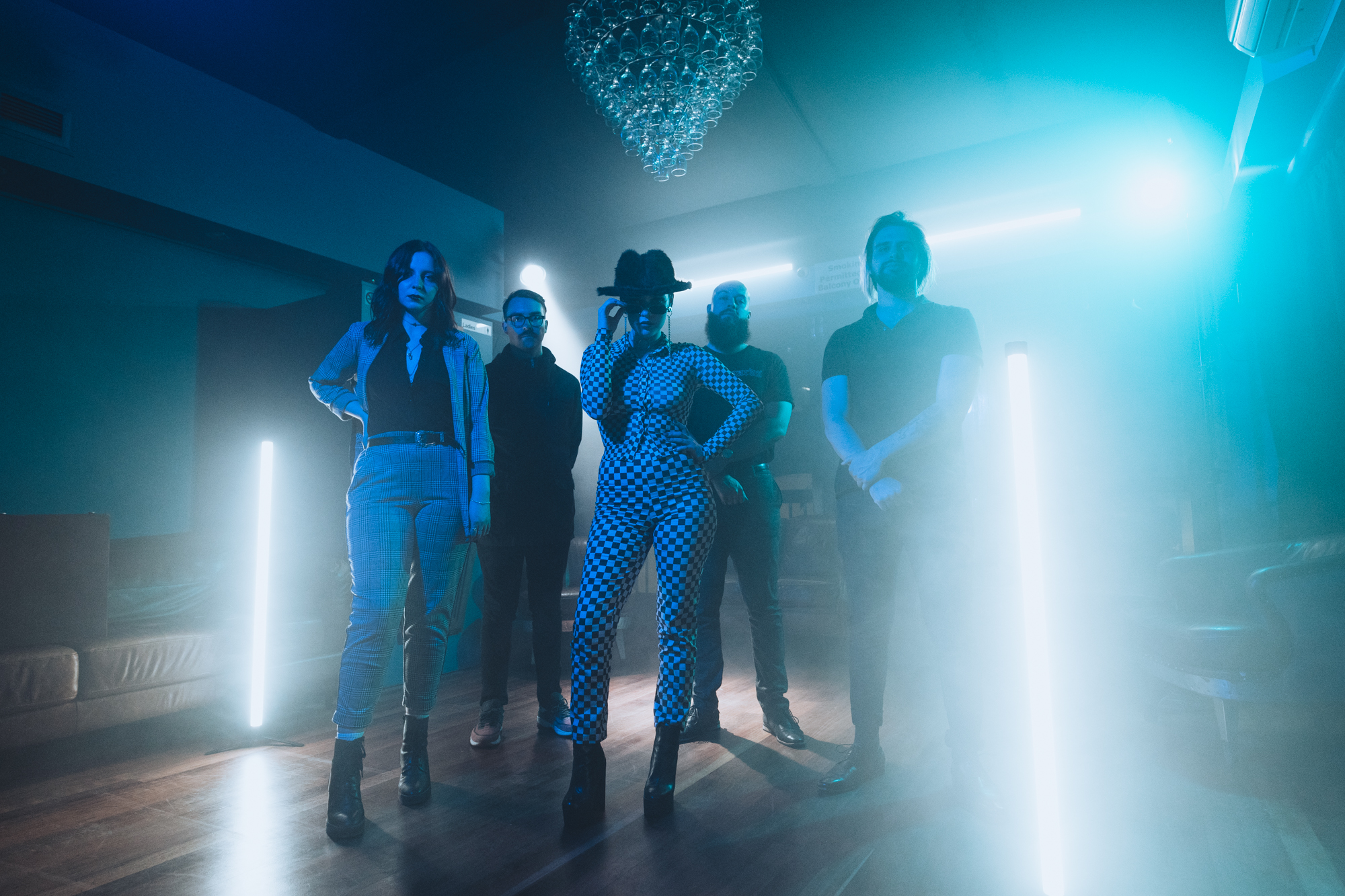 After announcing their recent signings to Wild Thing Music Group for management, and record label Wild Thing Records, Melbourne-based alternative-heavy band Future Static have just revealed their anthemic new single Waves. We recently caught up with Amariah Cook to find out what more about the record deal, get behind the lyrics of Waves and more!

Big congratulations on getting signed to Wild Thing Records and releasing your new single ‘Waves’! How did that all come about?

Well, the story of getting signed started backstage of Stay Gold after one of our sets earlier this year, when Jayden Roy (our booking agent) introduced us to Eli Chamravi (director of Wild Thing Records). Eli explained who he was and said he wanted to offer us a record deal, but my favourite part of the conversation was when he said, “I am not your typical Label owner, even though I look like one”.

This happened only a couple of weeks before the next lockdown, but we managed to find a time to gather in person for an in-depth meeting. After that, we felt very sure about him and what he was offering us, but we still had many questions as this was uncharted territory. So, after weeks of back-and-forth emails and zoom meetings, we officially signed during the lockdown, which felt very underwhelming until we were finally able to see each other and bask in the fact that we became a signed band.

‘Waves’ is the first song I got to write vocals and lyrics to in Future Static. So the demo has been done since early this year.

Can you tell us the story/inspiration behind ‘Waves’? Are the lyrics based on your personal experiences?

They sure are! ‘Waves’ was written around the time we’d all realised we left 2020 behind to come into another year that felt no different. There was a mass feeling of severe uncertainty during this time; we were all trying to get as much done as quickly as possible in fear of impending lockdowns. This period was more of a struggle for me, mentally and physically than the lockdowns themselves.

I had joined Future Static, not expecting things to escalate so rapidly; we were getting so many show offers, including some interstate ones and even a tour. That scared the hell out of me. I was just getting comfortable in a job I adored as a full-time hairdresser, and I was terrified about all the potential clashes within the different aspects of my life. I was worried about disappointing everyone, thinking about whether I was capable of doing everything I wanted to do while also having to rest and take time off because of an ongoing struggle with Grave’s disease and going through this put a lot of pressure on my partner, Benjamin Schmidt too. I was scared because he was going through his difficult stages, and instead of caring for himself, he was caring for me. The guilt was incredible. Life felt like I was drowning, and I couldn’t get out of the water. The song lyrics metaphorically talk about how I felt in those months. I wouldn’t call it depression because, at times, I was so incredibly happy that my life had taken me to this point, and everything was going so well for me. Although in the back of my mind, I was constantly worrying about my body and my capabilities and whether I would have to give up everything up I was working on because of it. In the music video, we decided to have a nicer ending to the storyline than the lyrics themselves because, by the time we were filming, I had realised it was all going to be ok. At the very end, I sit up, realising I can get out of this anxious headspace and just breathe.

Growing up, did you have a lot of musical influences around you? And who were they?

My mother is a very talented Opera singer, and my dad (a skilled conductor and pianist) is about to get his PhD in Music. So, it’s no surprise I have such a wonderful connection to music!

Transitioning from living in Europe to Australia, how does the heavier scene compare to one another?

The heavier scene is alive in Barcelona, but it steers away from the emo/metalcore vibe into more of an old school ‘true’ metal scene. There is a big love for Thrash Metal and even Folk Metal there. They do love their grunge, but I think that is universal. Bands like Manowar, Iron Maiden and Judas Priest were heavily appreciated amongst the metalheads that I found. Sadly, I was 18 when I moved back here and never had the money to go to gigs in Barcelona, aside from seeing some smaller local bands. So I have been more in and around the Australian scene than the European one.

Do you have any interesting stories since joining Future Static? What has been your favourite memory so far?

Every time we get together, something hilarious happens, but I wouldn’t call many of the stories interesting. So far, my favourite memory would have to be when we did our first gig at The Workers Club together, three weeks after I joined the band. The set started with an intro song called ‘Growth’, and we planned it so I would come on at the start of the second song and surprise the audience since we kept me joining FS a secret.

I just remember standing backstage, out of sight, watching my four beautiful friends going hard and putting their heart and soul into it. I felt like I was going to happy-cry but held back because, well, eyeliner and because I didn’t think I was capable of pulling myself back together in under 2 minutes before I had to jump on stage. But, I knew at that moment (as sappy as it sounds) that we were going to be the most incredible team and that I had found the people I always needed in life.

Who are a few of your favourite Aussie local bands?

I’d have to say Excuse For An Exit are pretty damn amazing, on record and especially live. They’re very good at what they do. Loose End, of course, falls close to my heart for five reasons: Ben, Ben (yes, there are two), Mitch, Jack, and Jackson. A few others would be Blight, Reside, Starve and Alt.

Can you tease any upcoming plans for 2022?

The most dynamic and versatile material we’ve ever written.