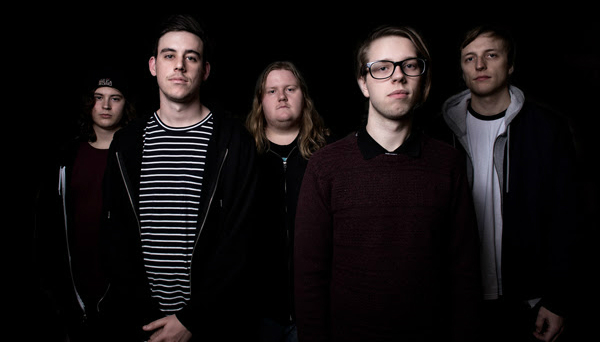 Covered in UV paint with a vodka in hand I prepared myself for my first encounter with the metalcore 5-piece legends we know as Bayharbour. If you haven’t heard of Bayharbour think of a dirtier and slower version of Hand Of Mercy with a little bit of Dream On Dreamer.

Recently releasing a video to their single Find Solace, the local Brissie boys had a single launch at none other than the hub for heavy music The Brightside. At 11pm everyone flooded inside showing stamps and scanning tickets while the lights dimmed and the first chest hitting note was played. Bayharbour gave a high energy performance full of passion and fluency and everything from leaping around to playing their instruments was performed like they could do it in their sleep. They were so relaxed and confident that we as a crowd felt like we were spying in on an intimate show in their home garage.

“They were so relaxed and confident that we as a crowd felt like we were spying in on an intimate show in their home garage.”

They lost themselves in their performance which only bettered the positive music aura that hung in the smoke bellowing out into the crowd. Everyone was pumped and rearing to go from the first drum kick and Bayharbour made sure the crowds energy was at an all-time high for the whole show. Unclean vocalist Jay Sibthorpe had incredible control over his range making it very easy to listen to the intensity behind his voice. Very few times do you come across a vocalist that when I hate to use the word ‘screaming’ still has utter control over where his voice is heading. Bayharbour to me was very atmospheric, with an incredible light show mixed with constant movement from each individual member made it really hard to look away.

Every single song went off without a hiccup and it didn’t take long before fans were having mic grabs and throwing their fists in the air in worship. Shredding guitars and slamming drum beats all creating this wave of a pure heavy sound that Bayharbour had worked so hard create. Being the first live release for the single Find Solace the band’s energy rose to a whole other level. This was picked up on by the crowd who from left to right started to two step and head bang harder than they had all night. Flawlessly pumping through their half hour set like they had been a band for 20 years, Bayharbour performed a live show well beyond their years.

For a fairly new band I must congratulate Bayharbour on their success so far. Not only have they toured and supported many famous bands in their scene such as Hands Of Mercy and Chelsea Grin, but they are also capable of one of the most important things to me when it comes to a band: a killer live show! I will say it now and I’ll say it again, it is so important for upcoming bands to have something that no one will ever be able to take away from you, and that is being able to perform live and give your fans what they want, and Bayharbour did just that.

Bayharbour will be appearing at the 2016 EL GRANDE Heavy Music Pub-stival. For more info click HERE