Entering The Triffid is like stepping into a cross between a Wes Anderson and Studio Ghibli imagined world. A pair of graffiti artists are working on a mural in the beer garden as the first band of Jungle Love Festival’s Launch Party move their equipment around the stage like chess pieces. Jungle Love is in its third year of existence, and things are about to get as steamy as ever…

In Australia, there are two tiers of music festival: those that garner marketing and promotional support from national youth broadcaster triple j, and those that do not. I’m not here to draw comparisons. However, there is something intensely likeable about the ‘have-not’ festivals and their sense of adventure and daring, both of which were on display at Jungle Love’s launch.

The night was a hodgepodge of genres and styles, a smorgasbord of sound. Raucous barn-burning funk following electro-pop so minimal it might disappear from stage if one were to turn their back. Droning, driving guitar-rock paving the way for smoky, jazz-inflected alt-rock delivered with an insouciant smirk. The only constant thread, running through the night like a line of feel-good vibe, was the crowd, constantly erupting in paroxysms of joy.

Was I initially feeling poorly for Yoste, a trio of Brisbane musicians standing awash in blue and purple light on a stage that seemed far too big for them at 7:30pm? Yes. The crowd, which had too many people to call sparse but not enough to be called well-populated, stood mostly motionless, jaws slack at Yoste’s ambient electronica seeping through the light and the smoke. Five minutes was all it took for all energy to drain from my jaw, becoming just another Yoste zombie. That is, I think, a mark of really good electronic music: the ability to induce a trance-like state. How utterly preposterous this was their debut live performance. Their latest song Chihiro has over 200,000 SoundCloud plays. 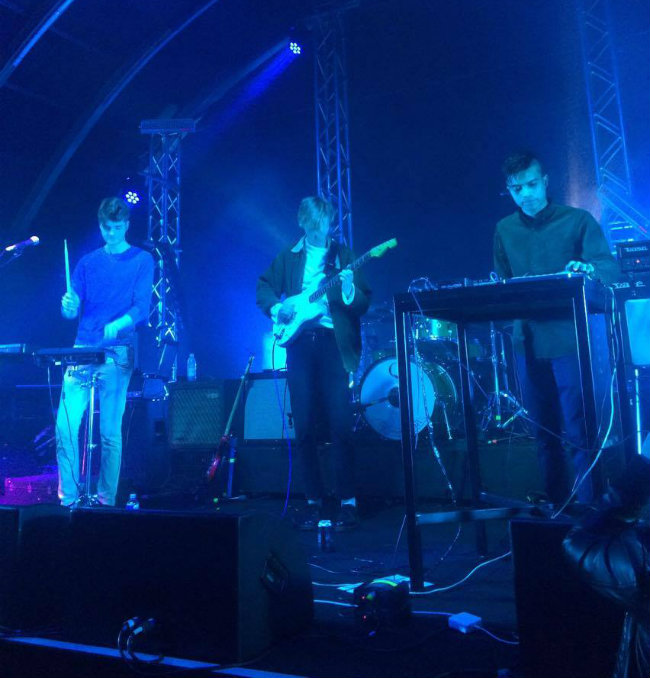 And there goes one of those outrageous genre bait-and-switches Jungle Love seems so fond of. Strutting out is Pocketlove, and where the stage seemed far too big for Yoste, here it felt too small. Pocketlove have real shades of Saskwatch. Both bands, simply by virtue of having non-Anglo female lead-singers (who, incidentally, both tear the roof down) enrich the at-times anachronistic Australian music scene. They also possess in their line-ups brass sections that engage in obscene levels of feel-good.

Sharon Brooks, Pocketlove’s Barbadian lead singer, is otherworldly good. Her voice feeds her enthusiasm, which in turn seems to take strength from the driving inflections of her voice. Really good funk music, really funky funk music, makes a listener feel mildly obscene. Like watching a racy scene in a movie with your parents (something from ‘American Pie’ springs to mind), when listening to funk in a group scenario one’s sense of self-respect shrivels, not because the music is bad but because it is just so good there must be something pornographic and indecent about it. This is Pocketlove.

beneb, the project of Brisbane’s Ben Mackay, lost nothing next to Pocketlove but did it in a refreshingly different way. Again, I can’t gush enough about the giddy fun that festivals like Jungle Love provide, as variegated and quirky as their lineups are. beneb extracted their particular brand of pulsing alt-rock with no fewer than five guitars, four electric and a bass. As I said excitedly to a friend on the night, there really isn’t much you can’t do with five guitars. beneb’s percussionist acted like an orchestrator, and the tight rock sound produced was definitely orchestral. 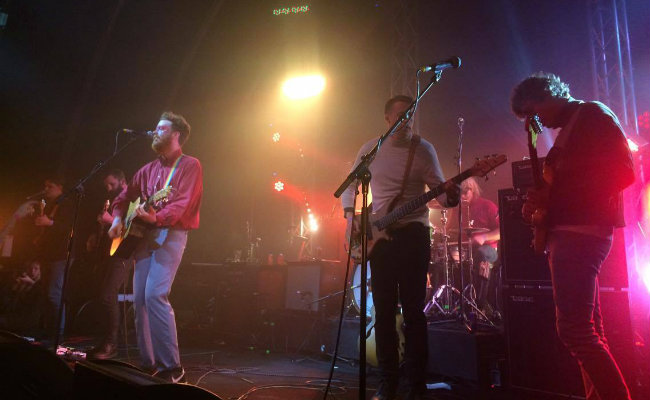 Baskervillian are at a point in their career where they can start pushing for greater national recognition, and on the strength of Saturday no Brisbane band deserves it more. Baskervillian are a true musical chimaera: raucous jailhouse rockabilly one minute, brooding introspective jazz the next. They are an incredibly organised band, conducting their business onstage in a thorough manner. Their set, finishing a touch before midnight, was perfect musical fare for the 11pm crowd, still electrified by Pocketlove and ravenous for their sonic supper.

I honestly cannot speak much to BULLHORN or Omegachild. BULLHORN, more than Pocketlove and Baskervillian, explore a looser, jazzier turf. Incredibly fun, incredibly loud. Not too different from Pocketlove if I’m being honest, more in feel than in sound. To me, Omegachild seemed more like a nod to modern convention, a sort of “oh shit we have to finish this with an electrical act with the volume turned up to 11” hangnail rather than a proper send-off to an incredible launch party. This is no sleight on either artist nor organiser; perhaps more a reflection that I was one sleepy punter who was up past his bed-time.

Is three months before the event a little too early to be having a launch party? I don’t know. On the one hand it’s a chance for people like me to do my job and get the word out. On the other, this amazing show will have dimmed somewhat in the memory by the time November rolls around. But not by much, because the Jungle Love 2016 Launch Party truly exceeded expectations. What a show!