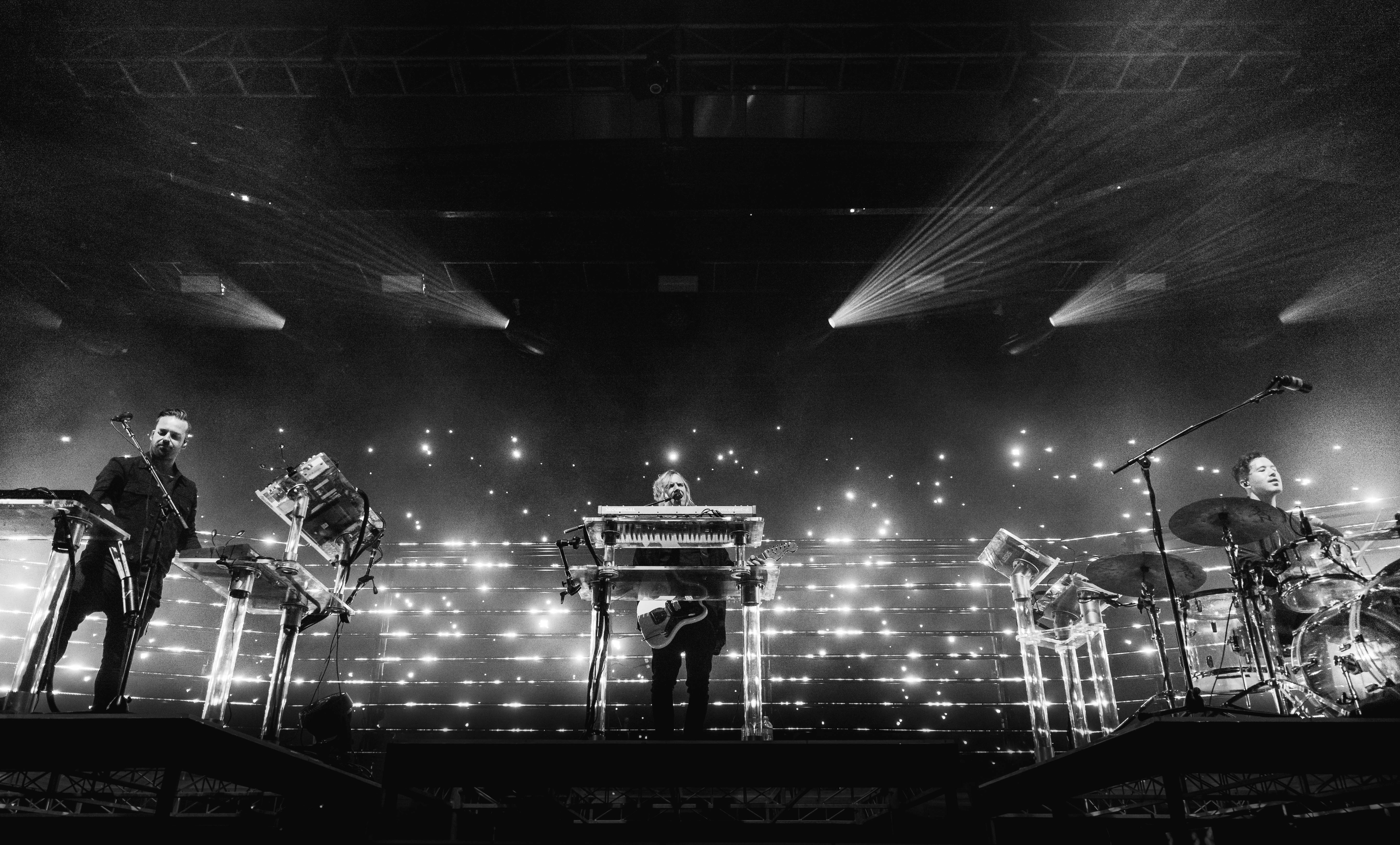 With the band’s best album to date under their belt, RÜFÜS DU SOL had an impressive collection of new material to show the world. What better way than two back-to-back sold out shows at Brisbane’s premier outdoor venue, Riverstage?

Although the recorded material may be sublime, it’s now the band’s live set that is in an often awkward stage of flux and transition. Having to bridge the gap between the club-heaviness of their first two albums into the more sultry and sweet electronica of their most recent effort, ‘Solace’, is a tough job but, in more ways than one, RÜFÜS DU SOL missed the mark just a little. That’s not saying their live show isn’t impressive. In fact, they still put on one hell of a performance, though it was how they showcased each track and moved between the old and new that felt slightly off-centre.

Appearing uniform and in line with each other, the three members kept to their podium and let the music and magnificent light show do the talking. Opening with ‘Solace’ highlight Eyes, after a climatic intro build-up, was a booming way to introduce yourself to the Brisbane crowd. Speaking of the light show, it blended from piercing strobes to sparkling lights and even psychedelic backdrops. The next three tracks, Like An Animal, Brighter and Sundream all blended into one another seamlessly, but as mentioned before, drew a stark opposition to how Eyes kicked off.

Despite the clouds in the sky, the rain seemed to hold off through the night and it looked like we were in the clear. However, it wasn’t until ‘Solace’ opener Treat You Better that we got the brunt of it. From there, the sold-out crowd was doused in rain on-and-off through the night. It seemed to get heavier the more the crowd reacted to RÜFÜS DU SOL’s exquisite music. Amongst all the excitement from the rain, and before the trio kicking into Treat You Better, they first launched into a trap-inspired interval. It was distinct moments like this that made the night complete—the band straying away from the source material and showing something new, unique. Though short lived, the explosive instrumental break was a highlight from the set and something that will be buried in my mind forever. 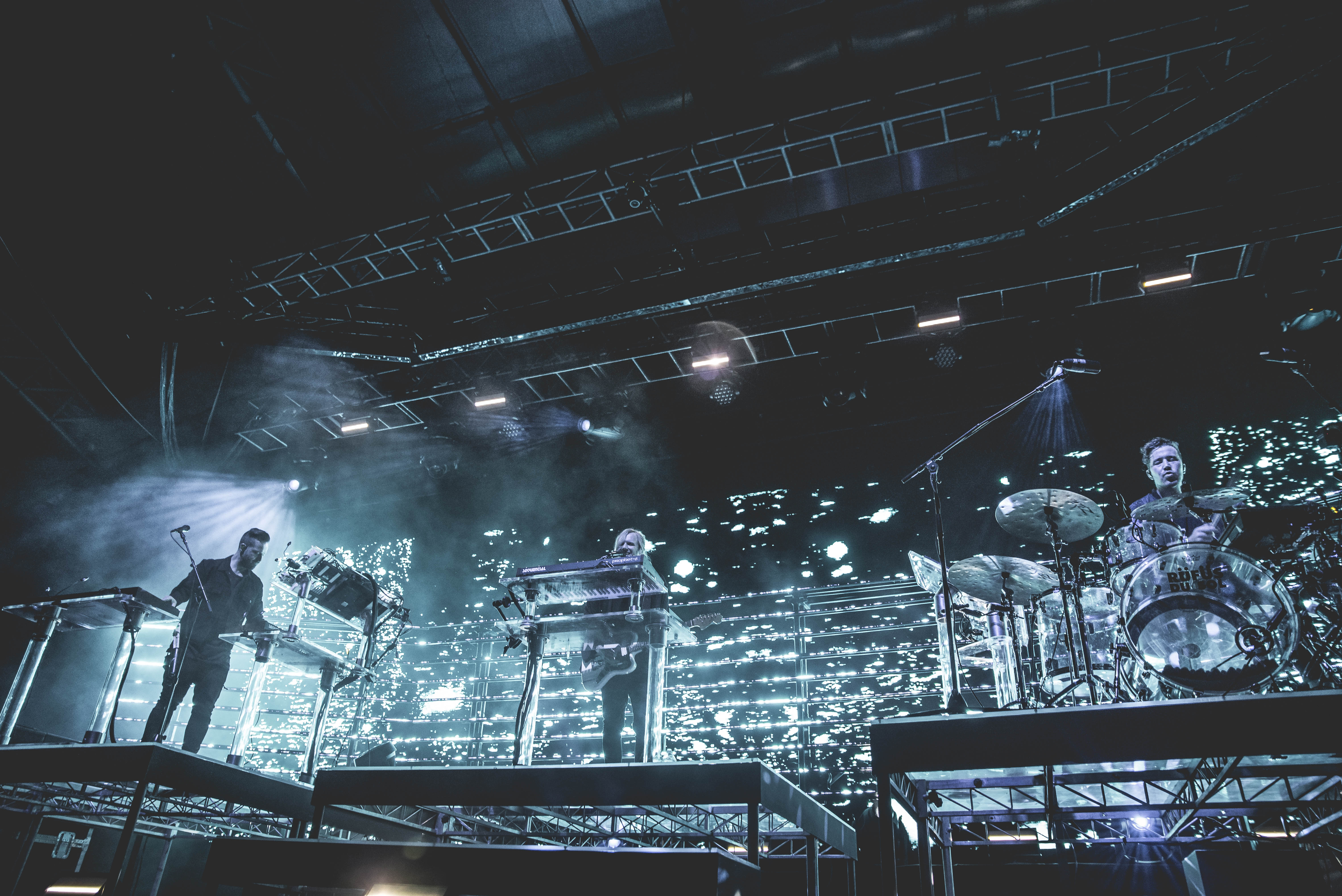 The one-two punch of Say A Prayer For Me and New Sky was probably the night’s low point. The new songs didn’t spur any new life or emotion from the set and resulted in a momentary lapse in focus from myself or the punters in my general area. It didn’t help that the rain was bucketing down and made patrons more easily distracted. Solace, Underwater and You Were Right brought the energy back up to its appropriate level and continued nicely into Innerbloom—a track which the band said sparked a “magical moment in this exact field the last time we played here.” Whatever they seemed to do before, they managed to pull off again because the song’s immediate magic worked a charm.

Another Life was the track to transition into the encore. Closing lyrics like “It’s time to say goodnight / I’ll see you in another life,” ensured a perfect moment to entrance the crowd and leave us with a moment of solidarity. Just once in the evening, which was filled with cheering, dancing and plenty of movement, RÜFÜS DU SOL gave us a time to be still and reflect.

The encore was just as fabricated as the group’s on stage banter, though thankfully the songs they chose to leave to the end made it all the while worth it. Lost In My Mind received a rapturous reaction from the crowd, which eased effortlessly into a surprise deadmau5 cover! The group flexed their club music skills one final time playing the producer’s classic, Not Exactly. It was a marvellous surprise and left a giant smile on everyone’s face before launching into No Place. Tyrone Lindqvist found his rockstar moment, stepping away from his controls and engaging with the front of the stage through the entire track.