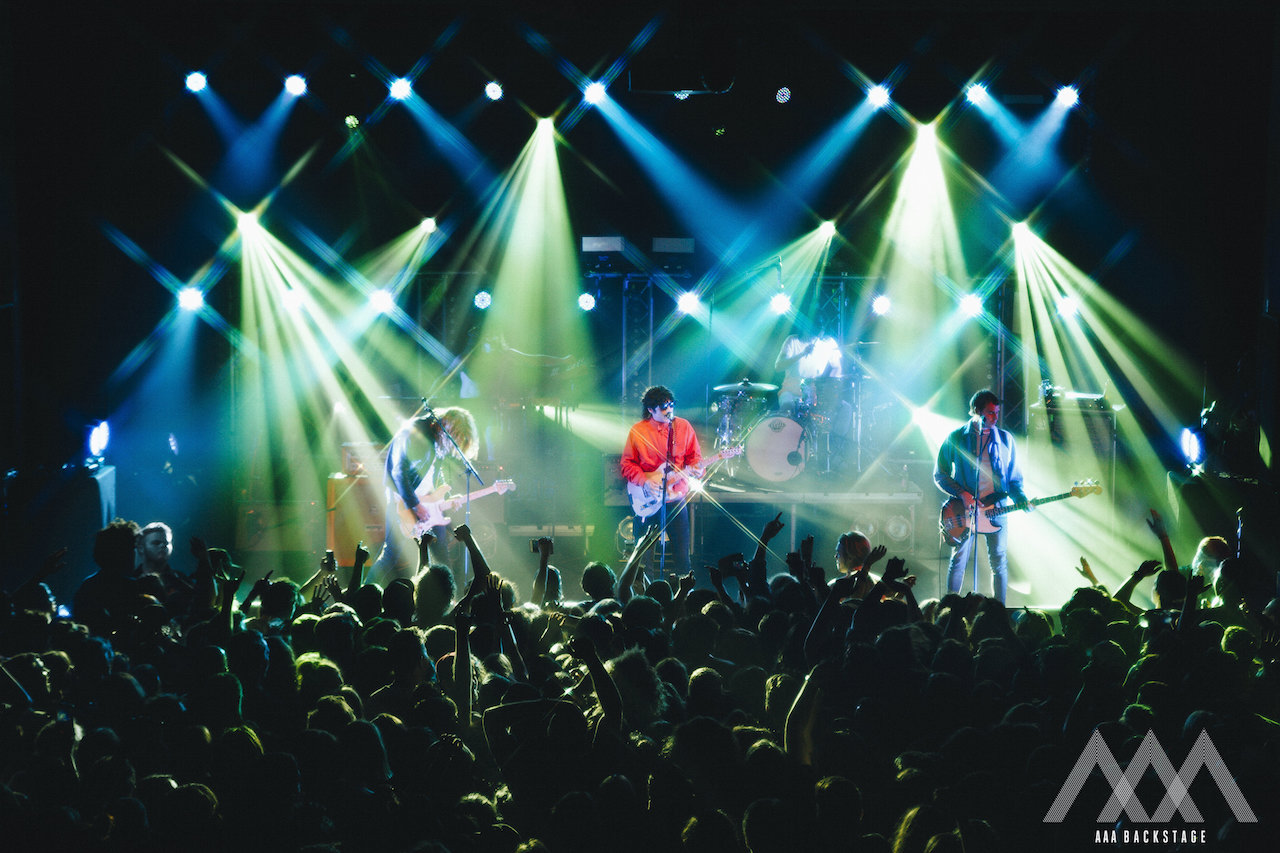 Sticky Fingers’ performance and reception at iconic Brisbane venue The Tivoli made it hard to imagine a time when they were just group of struggling Newtown musicians, looking to spread their unique blend of reggae-psych-rock around Sydney. In their first of two sold-out shows for the Brisbane leg of their ‘Westway (The Glitter & The Slums)’ album tour, Sticky Fingers (STIFI) proved they’ve officially hit the big time as they easily demonstrated why they’re now of superstar status and cult following.

STI FI opened with the title-track of their sophomore album Land Of Pleasure. As the audience shouted the lyrics at frontman Dylan Frost with more emotion than seen in this year’s Survivor finale, it became very clear that everyone at the gig was a diehard STIFI fan. 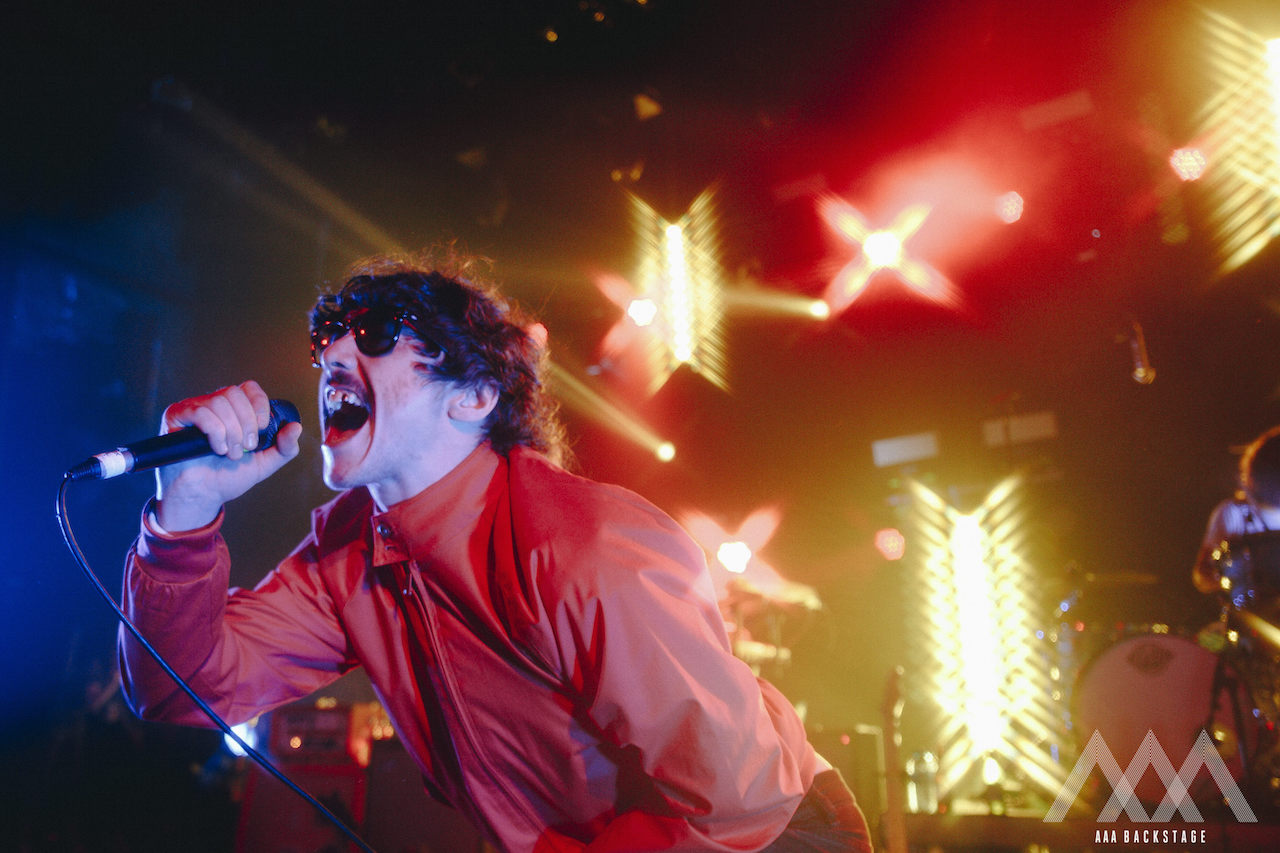 Although I do consider myself a fan of STIFI, I was before the gig inwardly questioning the quality of the musical performance the quintet would deliver. I’d heard some talk that STIFI had become too cocky and slight too wasted in their performance style. I was also not going to be distracted by hype or Frost’s slightly homeless yet cute attire (okay, maybe I was).

During Land Of Pleasure, I was concerned that my takeaway memory of the gig would be an adoring drunk audience screaming lyrics to a disillusioned band playing tracks half-heartedly. But my preconceptions were quickly shattered as the band performed Outkast At Last, the lead single from their latest album. During this track and during the entirety of their set, STIFI delivered on all fronts.

STIFI performance was tight and full of energy. All members of the band were present, energetic, emotive, and simply looked like they were enjoying the gig as much as the audience. They also sounded great, with vocals and instrumentals blending perfectly to produce the unique psych-surf sound we love from STIFI. Overwhelmingly, I was left with the impression that Frost truly cared about the new album sounding just as good live as in the studio recording.

Both old and new tracks were seamlessly integrated in the setlist. Like in their albums, there were diverse moments during the set of groove, love, sadness, rock, and pure unadulterated fun. Experiencing these moments live proved the authenticity of STIFI lyrics. Songs like Our Town, Rum Rage, and Sad Songs really showcased STIFI feel the confused, depressed, and lost feelings we all do. And songs like Australia Street showed that sometimes getting larrikin drunk can help us feel better…

Although STIFI managed to hold the crowd’s full attention at all times, highlights of the set were Gold Snafu, old’y Bootleg Rascal, and new track Tongue And Cheek. These tracks got the crowd and Frost moving and grooving.

The standout moment of the gig was Liquorlip Loaded Gun. During the song the audience became a charming drunken choir, singing the lyrics at the top of their voices and waving their drinks in the air. Shout out to the beer sprinkler coming from the top level of The Tivoli… 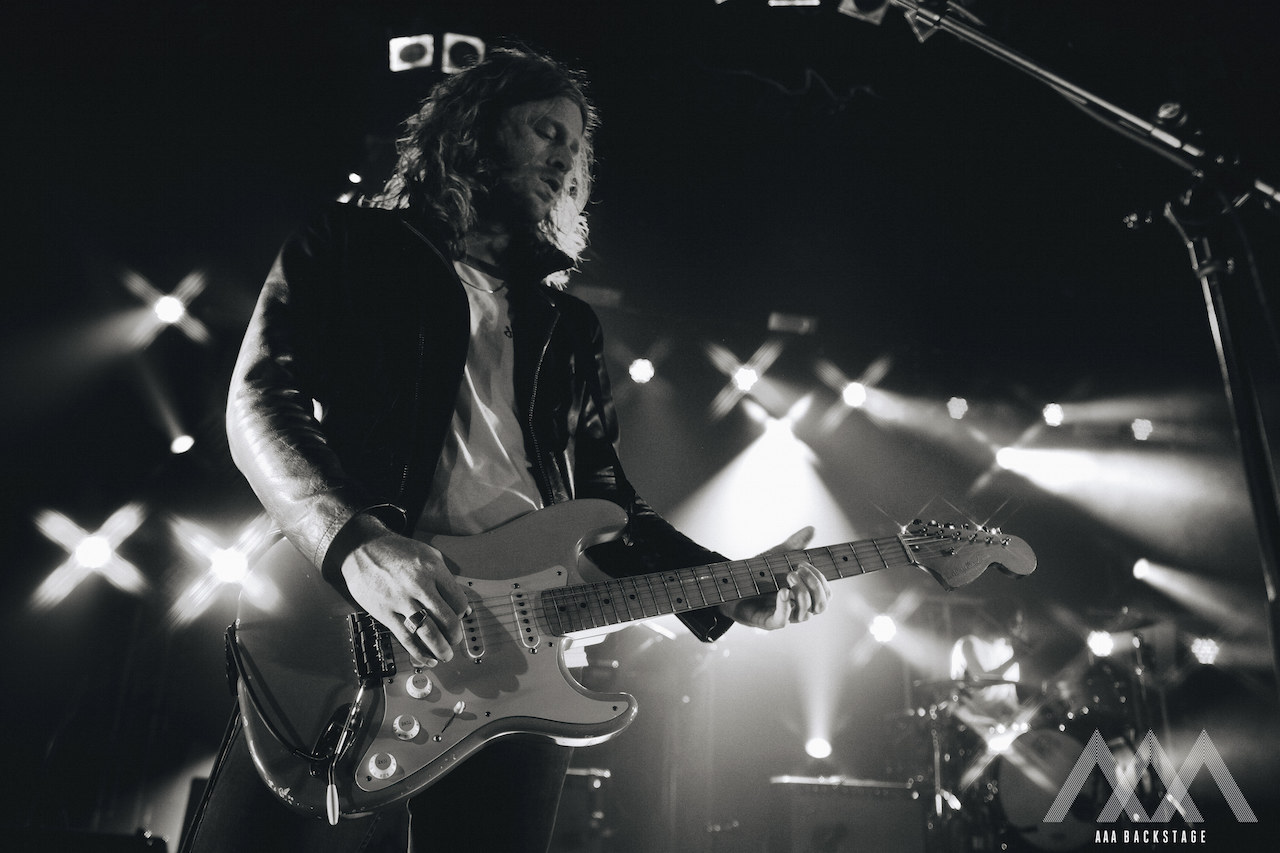 All in all, it was a great show and I was extremely impressed by Frost’s performance, who only had his first drink on stage during the encore of No Divide and Lazerhead. STIFI have clearly tightened up their live performance (they seriously let us down at Splendour) to integrate the new album, so make sure you catch them on their remaining tour dates or at any of the festivals they’re playing over summer!

Check out our Photo Gallery HERE and album review of ‘Westway (The Glitter & The Slums)’ HERE!