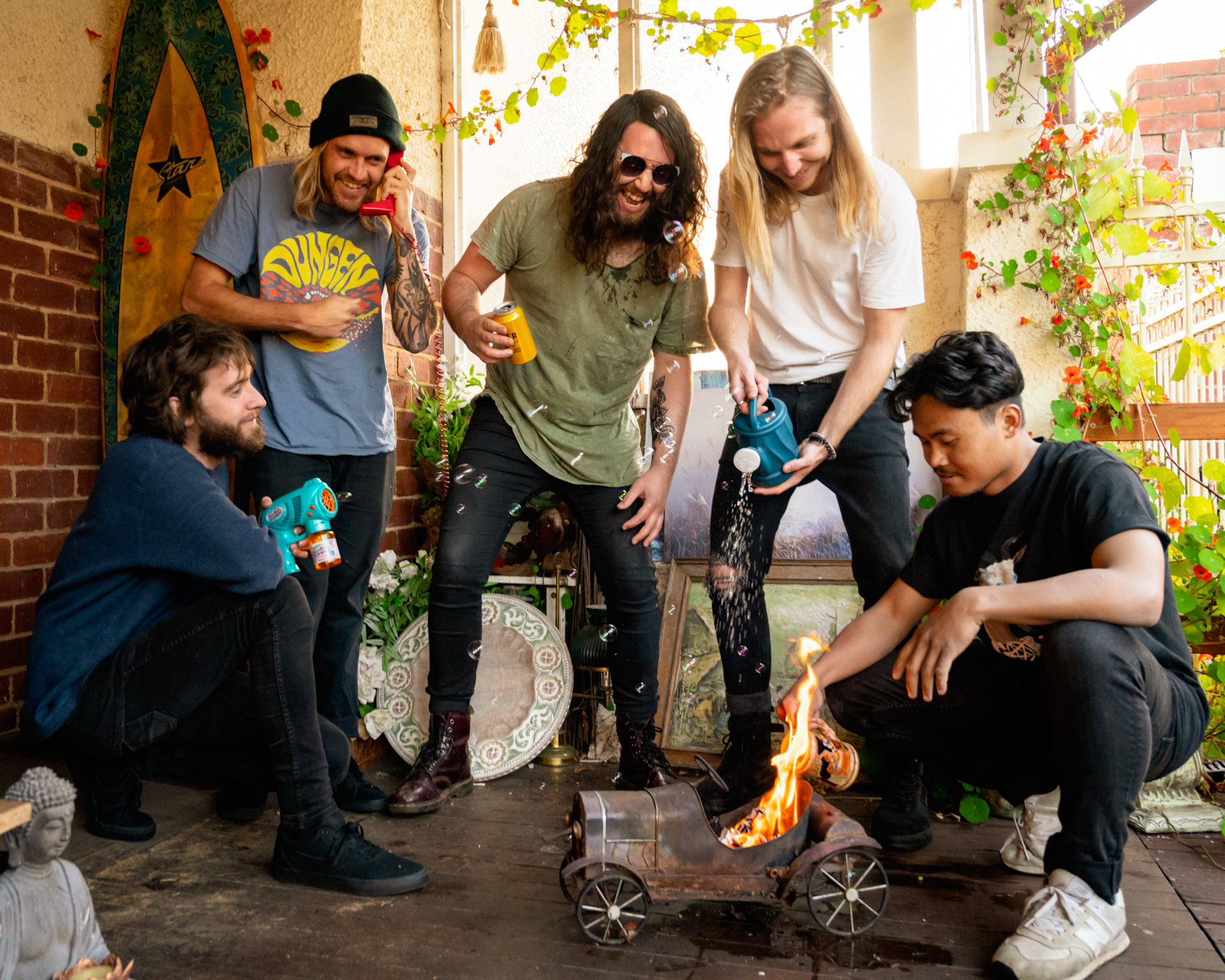 “‘Tally-Ho reenacts the classic fable of late night gonzo talks on copious amounts of chemical enthusiasm. I wanted the lyrics to feel sporadic and impulsive, kinda like the conversation you’d have with a mate after a night out; where you just want to debate something, but most of your synapses are already fried, so you’re both blurting out gibberish, but really giving it a good go at sounding formal. A sober third party might assume you’re both morons but between the constant waves of inebriated dialogue you feel like you’ve activated God mode and are only a few online classes away from becoming a favoured politician that will solve all the world’s problems.” Jack McEwan, Psychedelic Porn Crumpets