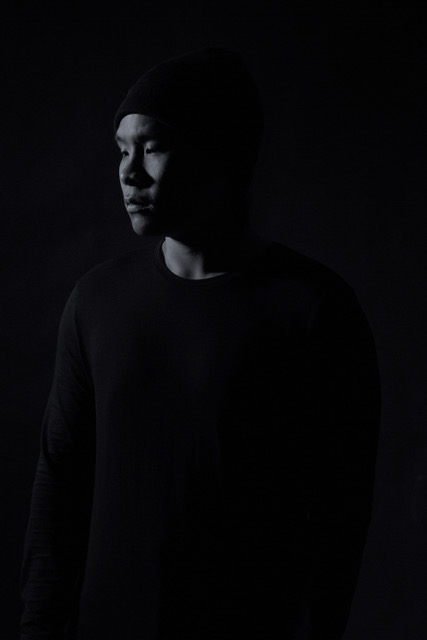 Steven P. is an exciting neo-soul and RnB artist making strides in the game. He brings new meaning to breakup songs—something which has plagued the genre for so long. His dynamic and obtuse approach to beat-making and songwriting is grounded yet diverse. We caught up with the artist to chat about breakups, pushing himself creatively and releasing his first piece of music.

Naked was the first song you wrote and released. An impressive effort. Were you nervous to release it?

Thank you! No, I wasn’t nervous at all. I was way too hyped to finally release something and was so proud of Naked that I just wanted everyone to hear it. If you asked me this question a year ago, I can guarantee I would’ve said ‘yes’. Now, I’m excited more than anything to share whatever I’m working on.

People get nervous when they dread or expect a certain outcome. “I hope people like it;” “What if everyone hates it.”

But lately, I’ve realised that people will always have an opinion and I’ve willingly chosen to put myself and everything I do or make on display. There’s always going to be someone that doesn’t like my music for whatever reason, but as long as I’m happy with it, then there isn’t a problem.

What are some bucket list items for you to achieve in your music career?

It’s funny you ask because I like to write down my goals to keep myself accountable. This is all in a note on my phone:

Naked speaks figuratively and literally about a broken relationship. Was it a cathartic experience laying down the lyrics to this track?

Absolutely. Penning lyrics is my new favourite way to express myself. I wasn’t able to get everything off my chest the last time her and I spoke. I was in such a dark place and felt really isolated. To be able to write what I really feel and make it into a song that people can listen to is extremely relieving. I imagine it’s somewhat like therapy except instead of one therapist, my fans are the ones who are listening to my thoughts and feelings. Now I understand how making music and writing songs can be so therapeutic.

Breakups tend to make the best musical content. Did you say everything you needed to say from this breakup?

You can say that again. No, definitely not. I’ve actually written a few more since Naked. I found it hard to fit everything I had to say in three minutes, so you can look forward to more of me pouring my heart out in future tracks.

You also produce everything yourself. What are some ways you’re pushing yourself creatively with the beats?

I love this question. I am still so new to the music production game, and it’s probably the hardest thing about making a song for me. I guess that could work in my favour though, because everything I do feels like an experiment. I’ve always been a bit bold anyway, so I like to push the limits a little and try different things to see how people will respond.

Right now, I’m taking lessons from a pretty well-established Melbourne-based producer. He gives great tips, ideas, and also just guides me in the right direction creatively. One thing I’ve learned is that I shouldn’t ever feel stuck or blocked. Just write and produce constantly. Get all the shit songs out of the way, and the right track will eventually come.

Also, I’m always analysing my favourite songs now and listening to what the producer is doing and the little nuances that they’ve added… things that I never used to listen out for. Watching YouTube tutorials, listening to completely different genres of music and then trying to see how I can combine them into one song, and collaborating with other artists and producers. I’m always learning, I love it.

Does rap or singing melodies come to you more easily?

I could talk about this for hours. Well, even though I’ve been singing since I was 4 or 5 years old; trying to sing or hum an original melody used to kill me and writing raps would come incredibly easily. I’ve always had a thing for English, writing, and poems, so that’s probably why.

This year though, after asking people for advice and loads of practice, melodies are flowing out of me every second of the day. I’ve even been waking up in the middle of the night with a bomb melody that I’ll record on my phone. I’m getting better at it, but I’d like to keep improving. Make them a bit more complex, or sometimes simplifying them to make them catchier, switching up the melodies within or between verses, doing things differently to other popular songs these days, lots of things!! It’s one of my favourite things to work on, even though the people around me get annoyed ‘cos I’m constantly humming or singing something.

Writing raps still comes pretty fast for me, but again, I can always improve. Switching up the rhythm, flow, delivery, more complex rhymes, etc. Can you tell that I’m never satisfied and I always want to improve?

Plans for the remainder of the year? EP and live shows?

Nothing other than continuing to write, produce, and record as many songs as possible. I’d like to shoot more music videos and work with other producers/artists too. I have another single called Hold Tight with an accompanying music video dropping in about 6 weeks. Some more singles to be released after that, so I’ve got a constant stream of music coming.

I’m releasing an EP around the end of the year (Oct-Nov), but I have a bunch of songs so the track-list will be finalised closer to the date. And lastly, I’m planning on having an EP launch here in Melbourne around the same time. I’ve asked some pretty amazing local talent to support the show too, so it’ll be an absolute rager. Rappers, singers, DJs, dancers… the works!