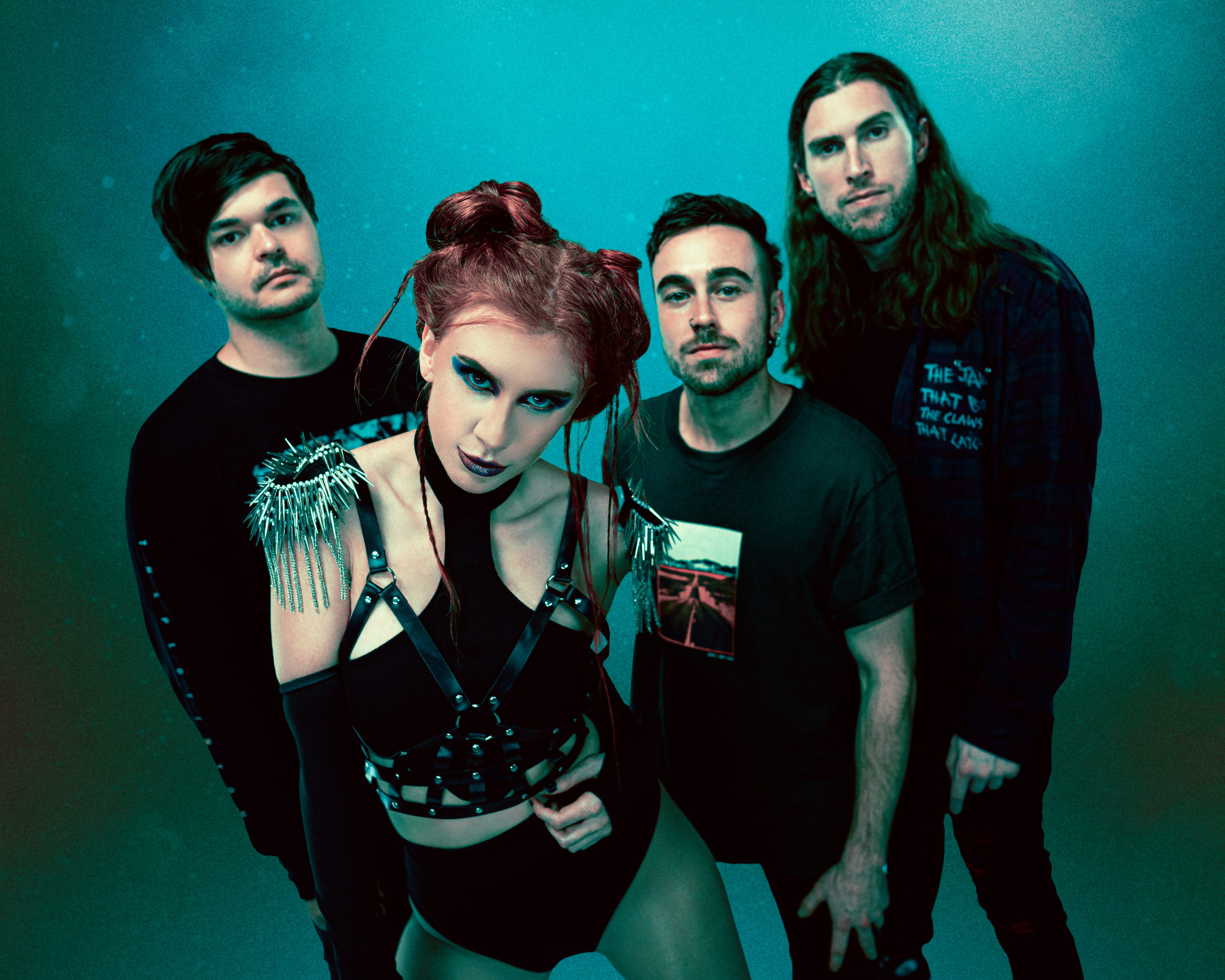 Sydney alt-rock quartet RedHook are well and truly a household name in the local heavy scene by now. After charging into the spotlight four years ago with their unique take on 2000s emo, the band have since released their debut EP Bad Decisions in 2021 and a wealth of popular singles while touring the country. The latest offering, ‘Jabberwocky’, released 20 May, is an unflinching confrontation against sexual harassment in the music industry.

Produced by Stevie Knight (Stand Atlantic, Yours Truly) and mixed by James Paul Wisner (Paramore, Underoath), frenetic synths and menacing guitars surge underneath powerful vocals. Contemporary hip hop programming decorates the track with a dubstep-inspired breakdown, contrasted by the vulnerable lyrics of the infectious chorus to see it out. It features the band’s signature upbeat performance in a more earnest approach without losing the inclination to mosh along.

RELATED: The Spkezy Starter Pack: 5 Records That Influenced Their Sound

‘Jabberwocky’ is a distressing but triumphant story of frontwoman Emmy Mack’s sexual assault while on tour overseas, and a testament to her resilience in dark times. The metaphor of a fictional monster from Alice in Wonderland, which she is able to vanquish by convincing herself it does not exist, conveys the all-too-familiar denial of Mack’s personal trauma. This predatory behaviour has been called out in songs by other artists – such as ‘Vampyr’ by Void of Vision and ‘Carbonized’ by Northlane – but the topic is not often addressed from a female’s perspective.

“As difficult as this song was to write, I felt like it was something I had to do,” Mack explains. “One of the main ways I cope when horrible things happen in life is by listening to music. But when this happened to me, for the very first time, I couldn’t find a song that resonated with what I was going through. Isn’t it strange that we’ve heard so many stories about high-profile male predators in the heavy music space over the past few years, and yet there are so few songs in the genre that deal with sexual assault itself from a female perspective? I really wanted to help change that.”

RedHook have been on the grind since the return of live music, with debuts at Australian festivals UNIFY Gathering and Groovin’ the Moo, as well as their biggest national headline tour to date with The Dead Love. The band will be embarking on their second Europe tour in June, including their debut appearance at Rock AM Ring/Rock im Park, as well as multiple dates supporting The Faim in the UK. As if this wasn’t enough, they will then head on a 28-date regional tour of Australia supporting In Hearts Wake and appear at Sydney all ages festival Shoreshocked in August. Get tickets now before they sell out, because you know damn well that they will!