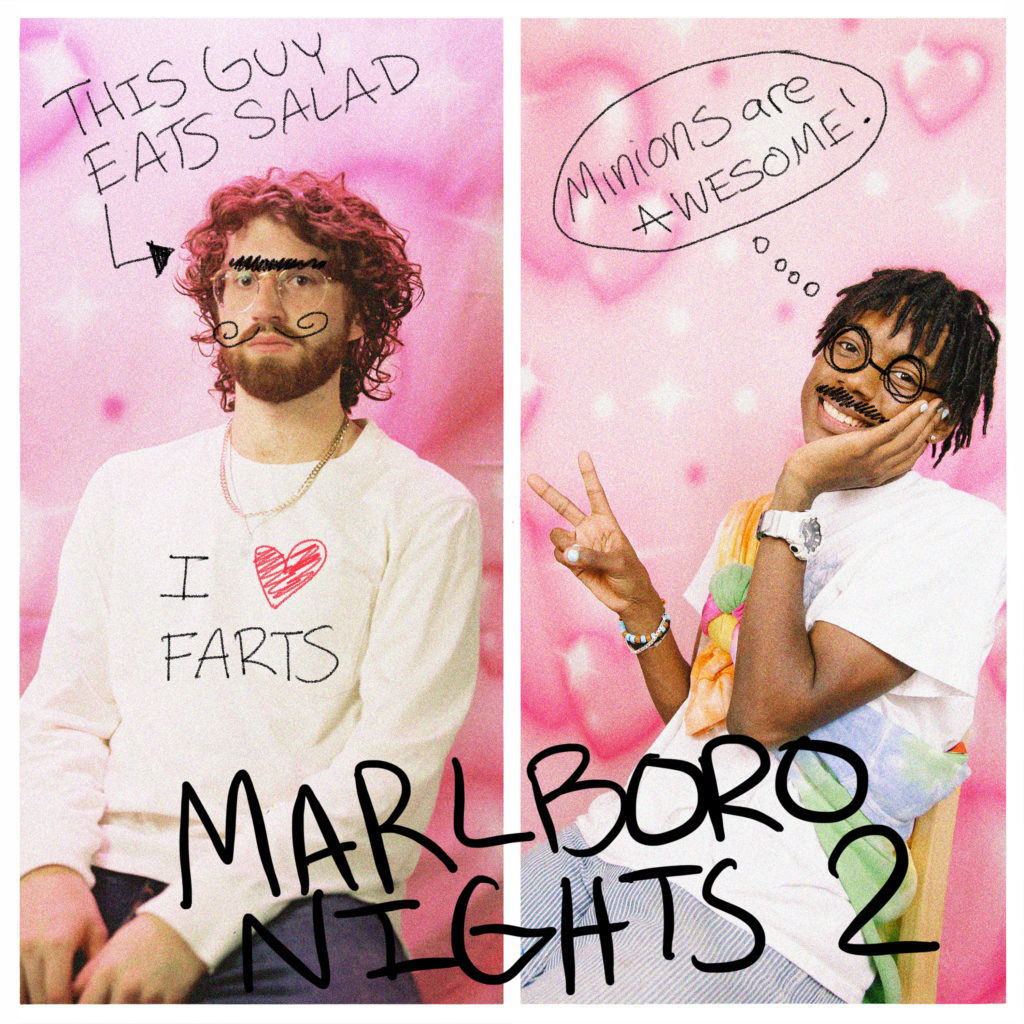 Although the original ‘Marlboro Nights’ was released in 2018, it became the centrepiece of a romantic Tik Tok trend earlier this year, with 1.1 million TikTok videos created, a whopping 118 million streams amassed & weeks spent in the top 10 of Spotify’s Viral 50 chart. Lonely God was quickly transformed from unknown bedroom artist to underground phenomenon, his hip-hop tinged indie-pop working its way into the hearts (& ears) of millions.

This new offering from the multi-instrumentalist, producer and songwriter builds on the appeal of the original track, now with the addition of one of hyper-pop’s favourite emerging talents- Midwxst. Known for creating charismatic candy-coloured beats, the young vocalist and producer added his irreverent charm to Lonely God’s nostalgic bedroom-pop track.

The sonic lovechild of 100 gecs, Rex Orange County and Best Coast, this track examines the tumultuous infatuation of young romance against a rich tapestry of catchy melodies, energetic drums and bubbly guitars. Finding themselves at the intersection of indie pop and hip-hop, both Lonely God and Midwxst are breaking down pre-conceived notions of what their music should be and building like-minded communities.

Listen to this delicious collaboration, available everywhere now & be sure to keep an eye out for me from these rising stars!