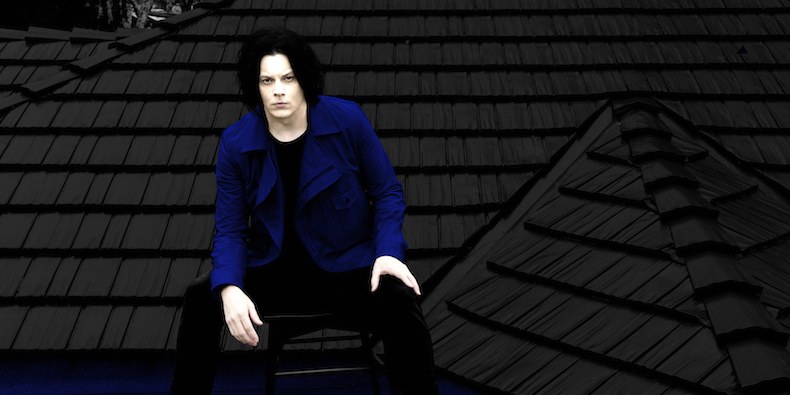 We can’t say Jack White never warned us. In December of last year, the prolific musician returned from a four-year solo hiatus with an unreal collage of sounds titled, Servings and Portions From My Boarding House Reach—the most Jack White way of providing a teaser to his third solo studio album, ‘Boarding House Reach‘. It was an aural, and visual, cacophony—melting together the wild sonics of what his new album was to sound like. It was so difficult to contextualise its content way back then, however, after digesting the album in full, one thing the album teaser provided was the best bits of the albums in a wild, bite-sized video.

I’ll preface this review with one thing: I am a massive fan of Jack White. Anything the man has touched over his more than two decades of musical learnings is, one way or another, in my opinion, pure gold. I have the man tattooed on my arm—guitar in hand and standing idling by his former wife and bandmate, Meg White. ‘Boarding House Reach’, however, challenged me both as a listener and a fan of White’s entire discography.

The number three is significant to White: he’s the third in his family of a lineage of brothers and sisters; his stage name is Jack White III and he named his own record label, Third Man Records, after it. ‘Boarding House Reach’ is White’s third solo record, so why wouldn’t he go all out? Every musical genius has their outbreak into ‘Yeezus’ madness or their inappropriate ‘Trans’ sidestep. ‘Boarding House Reach’ is Jack White’s self-indulgent remark to experimentation and songwriting.

Connected By Love, the album’s debut taster, is an anthemic track, tied to its next track, Why Walk A Dog?, doesn’t aptly prepare the listener for the jolt of musical ambitious that’s about the proceed them. Corporation finally sees those flailing, near incomprehensible guitar tones accustomed to White’s past making a return. This track does a fine job of keeping the madness at arm’s length, though it did stretch on for a little longer than it should have.

Misophonia is a condition whose sufferers are adversely affected by what might otherwise be mildly annoying noises. This was the inspiration for White’s track, Hypermisophoniac—a cluster of noises and sonic reverberations that, frankly, shouldn’t have been put together in one song. Much like the track’s name, it’s irritating thanks in part to a constant moving, electronic switch gear booting up and down. It’s omnipresent in the right-side mix and drove me insane having that sampled constantly in my right headphone. Tie this together with White’s other building piano lines, bass licks and guitar punches, it makes for an annoying experience.

The one-two punch of Ice Station Zebra and Over and Over and Over is the album’s highest moment. This is where the band’s expertise is used to maximum effect and White’s experimental flourish of electronic blips, blaps and even his rapping, pays off. Ice Station Zebra is a song long lost over time from a former recording session with Jay Z. Finally seeing the light of day on White’s most presumptuous album yet, it fits right in place. This, paired with Over and Over and Over works well thanks to its catchy, blues-rock riff and, again, his band’s solid musical interplay.

I wish I could erase the first 30 seconds of Everything You’ve Ever Learned. The track’s production and instrumentation is good enough to pull you through to its conclusion. Though it’s a preachy and odd moment from White. Speaking of, the album’s several spoken-word moments further add to the iconoclast and worn down nature of the musician. Much like Everything You’ve Ever Learned, the tracks have very interesting and often genius moments of instrumentation and collaboration with the set of musicians White has brought together for this recording session. For the most part, the lyrical content and White’s grand purpose for these songs, just does not pay off. Abulia and Akrasia features Australia’s C.W. Stoneking and uses the songwriter’s usually marvellous ability to use. On Ezmerelda Steals the Show and Get In The Mind Shaft, White has never felt more distant. The former actually has some wit to its words—signing of a stunning performer who loses attention through people’s, “faces to their gadgets fall south”—though doesn’t present enough in its short one-minute-and-fourty-five seconds. The latter is album’s most wildly composed track to ever come from White. Beginning as a heavily-reverbed tale of White stumbling across a piano as a child and attempting to create a melody for hours, its descends into a Closer-like Daft Punk moment of vocoder vocals, Afrobeat techniques under an electro-soul landscape.

White’s past is filled with fantastic and quizzical spoken-word tracks. They showcased his far-fetched songwriting talent—a poet one minute, an enthralling campfire storytelling the next. Moments like The Dead Weather’s dreary tale of Old Mary; The Raconteurs’ infamous, and downright masterful, Carolina Drama; and even the cute-as-a-button back-and-forth banter of Rag and Bone from The White Stripes’ best album, ‘Icky Thump’. On ‘Boarding House Reach’, I can clearly see White’s intention, though it just misses the mark.

He started the album preaching Connected By Love, though the album had very little emotional resonance. The final two tracks, What’s Done Is Done and Humoresque, are genuinely stunning moments of compassion. It’s a shame it a little less than 40 minutes to arrive at this point as all connection to loving Jack White on this album is long gone. The former is an alt-country ballad that finally uses White’s incredible vocal ability to good use. It’s a country-tinged Frank Ocean-like moment of minimal instrumentation and a simple bass beat. The latter is a lounge music moment that has one of the smartest crescendos on the album.

It was a close battle. Jack White has taken on rock history and, unfortunately, lost. His experimental efforts, however, have not fallen on deaf ears. I’m so excited to see where and how White can this sound in the future. Too many ideas were unpolished and weren’t fleshed out enough. His failure to contextualise his wild avant-garde rock with his typical lyrical ingenuity was the album’s biggest undoing. ‘Boarding House Reach’ is a very small mark on the excellent discography of this famed, multi-award winning musician.