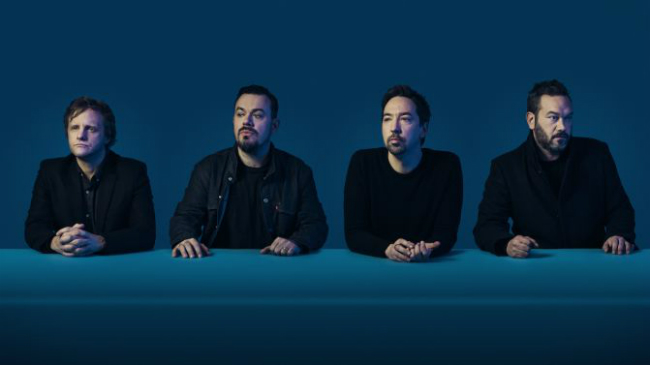 Last Friday night saw The Triffid packed to the rafters with die-hard Shihad fans that witnessed an epic display of rock energy and showmanship. Playing through a knockout set list spanning over two decades of releases, the New Zealand rockers proved once again they’re nowhere near slowing down.

Brisbane locals The Iron Eye opened the night to a fairly packed venue, getting heads nodding and feet tapping as they roared through a high energy set. Vocalist Nick Lythall playfully engaged with the crowd, throwing around some light-hearted trans-Tasman banter. The trio delivered an extremely tight performance with Lythall providing us with some zesty guitar tones and catchy riffs as he tried to assist his drummer by striking one of the cymbals with the head of his guitar. Dripping with sweat, the Brisbane boys ended their set on a high leaving the crowd yearning for more.

Grenadiers then took to the stage causing things to escalate even more with their intense punk anthems. The Adelaide trio wasted no time in getting everyone involved and with a sea of raised fists and plenty of enthusiasm. Guitarist and vocalist Jesse Coulter wowed the crowd with impressive solos and a solid vocal performance. While at times the instruments drowned the vocals out slightly, the crowd seemed unperturbed and instead focused on the energetic antics onstage. With some cheeky interactions with the crowd, Coulter had everyone charged and ready for the mighty Shihad.

The room filled to capacity before darkness fell over the crowd. People cheered as Black Sabbath’s Iron Man bellowed from the speakers before Shihad frontman Jon Toogood’s voice echoed from the shadows. “Brisbane, are you ready to f*cking rock?!”. Exploding into Home Again, Toogood had the crowd singing along straight out of the gate. Digging a tad deeper into their 20 year-old self-titled album, Ghost From The Past, Yr’ Head Is A Rock, and La La Land were hits amongst an already rowdy crowd with every word being echoed back at the stage.

“With the crowd singing every word, jumping around, and drinking like they didn’t have to vote the next day, this was the perfect way to end an energy-filled set.”

The General Electric seemed to get everyone even more fired up with moshing and headbanging that would put some heavier genres to shame. The whole crowd got involved in the high energy onslaught that Shihad delivered, with someone’s quite drunk mother being lifted onto (what I can only hope was) her husband’s shoulders, much to Shihad’s approval.

There was absolutely no sign fatigue at The Triffid on this chilly night with everyone roaring for more as Shihad delivered My Mind’s Sedate with incredible precision. At times the crowd was louder than the band, leaving beaming smiles on the faces of the New Zealand trio. “I f*cking love Brisbane!” Toogood exclaimed to many cheers before expressing his gratitude for the amazing support they have received over the last 28 years. It was remarkable to see such genuine appreciation on Shihad’s part and it really showed in the delivery their performance.

Absolutely smashing through Pacifier, the band then pulled out some material from their latest album ‘FVEY’. After nailing title-track FVEY, Toogood stated “When I play that one I feel like I’m Led Zeppelin…but with way bigger balls!”. That’s a huge call but one which I feel we could probably let slide this time…

Wrapping up the first part of the set with The Living End and Cheap As, the Shihad frontman urged the crowd to get a little rebellious and help him sing the chorus. This angsty end to the set left the crowd on a high, cheering and screaming as Shihad made their way off stage. Not a soul budged as people clapped, stomped, and screamed for an encore.

Naturally the band returned, pleased to play one last banger in the form of You Again. With the crowd singing every word, jumping around, and drinking like they didn’t have to vote the next day, this was the perfect way to end an energy-filled set. When the haze settled and everyone was exhausted the band took a quick “family photo” with the crowd and once again thanked everyone for coming out. 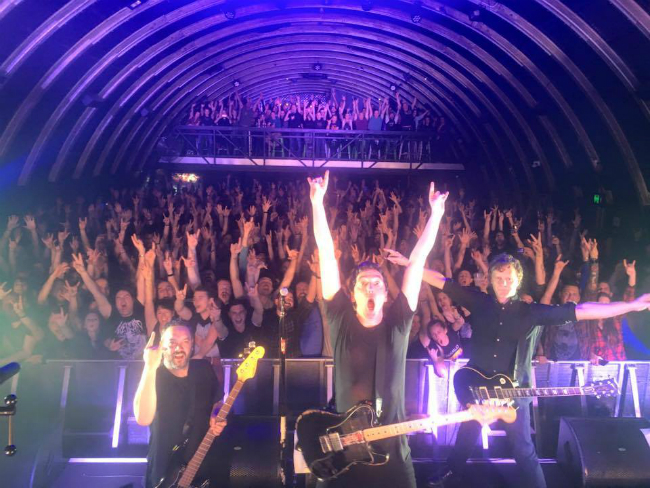 After 28 years it’s amazing to see a band with such sustained energy and passion for what they do. The Triffid was once again the perfect venue for such a showcase, and I’m sure I speak for all at the show many when I say we look forward to Shihad’s return!