Our Picks For BIGSOUND 2016 Parties & Events 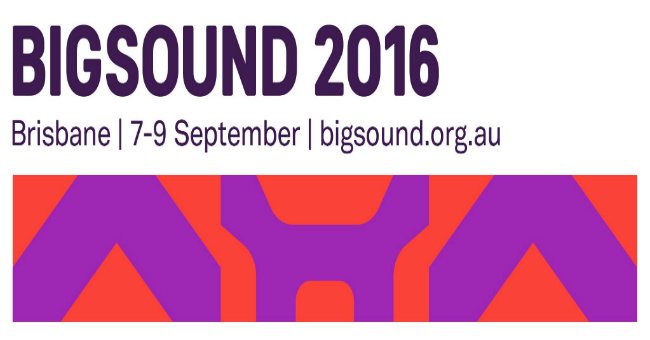 We’re just a few weeks out from the 2016 installment of the Southern Hemisphere’s largest music industry festival, and one of Brisbane’s favourite mid-week benders, BIGSOUND! There have been plenty of pre-and-post parties announced, so we’ve decided to sift through the smorgasbord of events associated with this year’s festival to give you the list of events we’ll be aiming to drop in on over the four-ish days of festivities.

The legends at local publicity and management agency Mucho Bravado and their pals Amplifire Music are putting on a RIDICULOUS amount of acts to kickstart their BIGSOUND party. 17 acts will play across two stages in our second home The Foundry, which officially makes it the biggest pre-BIGSOUND 2016 shindig. Oh yeah, it’s also FREE!!

Mucho Bravado and Amplifire Music are all about loving music from every genre under the sun and it’s safe to say this lineup has something for every aural palette. They say “think of it like the best mixed lolly bag ever”… 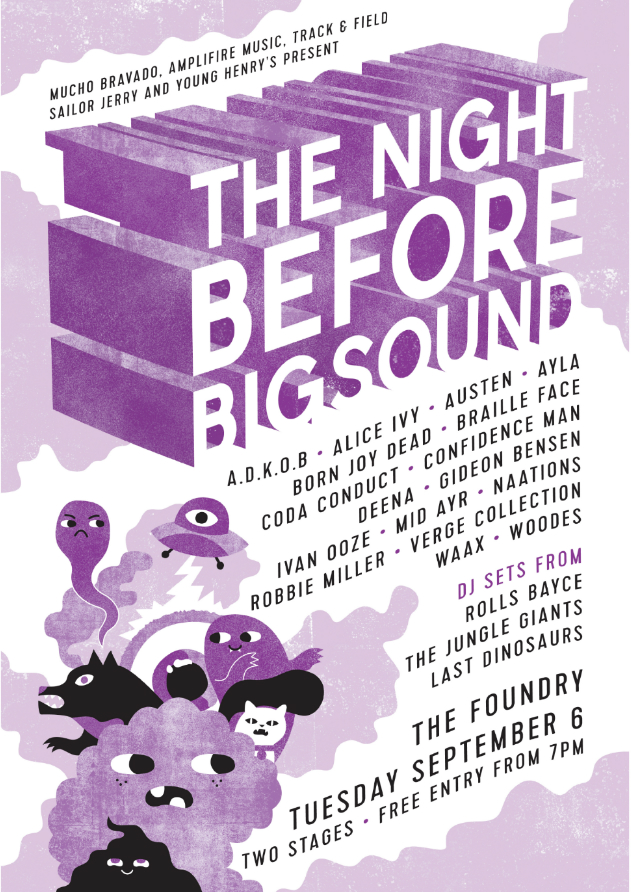 One of the nation’s top PR agencies (the fine folks behind Splendour In The Grass among other things) are putting on one heck of an opening night party! Their first ever opening night party will showcase some of our nation’s most exciting acts including Adelaide’s #1 sass-queen Tkay Maidza, ‘straya’s funkiest guitarist Harts, AAA fav Ecca Vandal, dreamy indie-pop duo Oh Pep! and plenty of bangerz being spun by SSPR’s DJs.

Tickets and drinks are FREE if you’re a delegate, just make sure you flash your badge. For those not going to BIGSOUND but are still keen to party, you can also grab tickets HERE 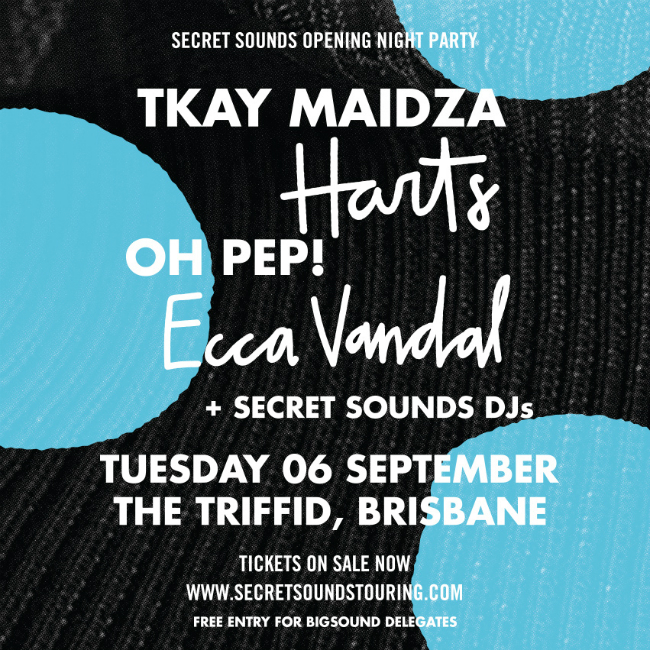 FREE BEER will be provided by the legends at Bulimba Gold Top, which will be served to both delegates and regular punters!

Deathproof claim “You’ll have such a good time you won’t even need to attend the rest of the conference”, let’s hope that’s 90 per cent the case… 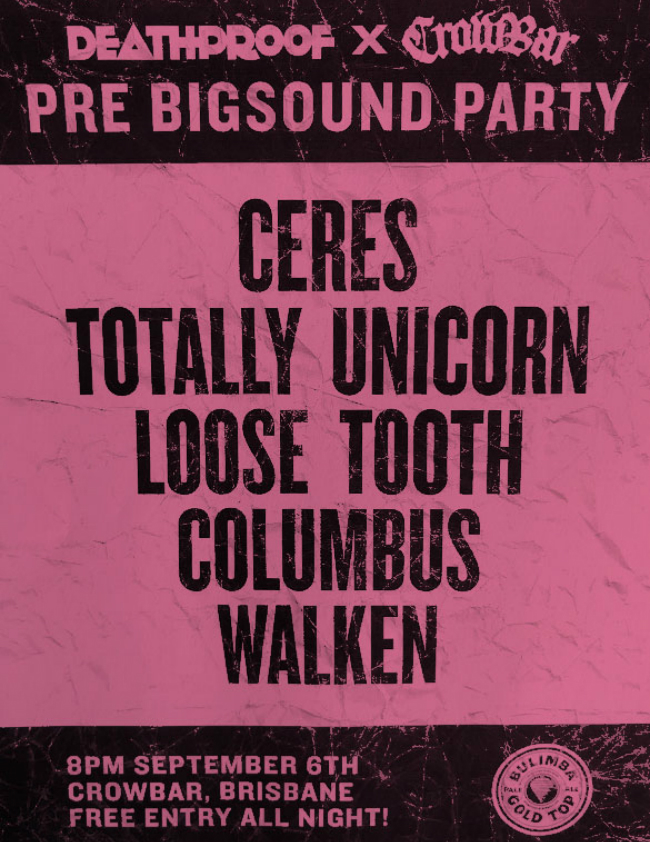 Point and Shoot – An Exploration of Music Photography

This is one of the more intriguing events happening at BIGSOUND 2016. Brisbane’s home of heavy music Crowbar will be showcasing the work of some of the industry’s best photographers and videographers over four days.

Curated by The Brisbane Collective, visuals from every scale of live music, from festivals to small venues, have been captured and will be beautifully presented. An assortment of prints will be also available for sale, so you’ll be able to actually buy that awesome shot of your favourite band/you crowding surfing at SITG2014…

Point and Shoot – An Exploration of Music Photography @ Crowbar, Brisbane

Local jack-of-all-trades agency Footstomp music will be taking over Greaser to deliver a showcase with a difference. In the loveable depths of the basement drinking haunt 18 artists will deliver sets full of groovin’ tunes and keep chin wags waggin’. Bands will perform between 5-8pm on Wednesday and Thursday, and 2-5pm on the last night of BIGSOUND.

If you need any more persuading, Foostomp say “Come down for food, drinks, and great f*cking music”. 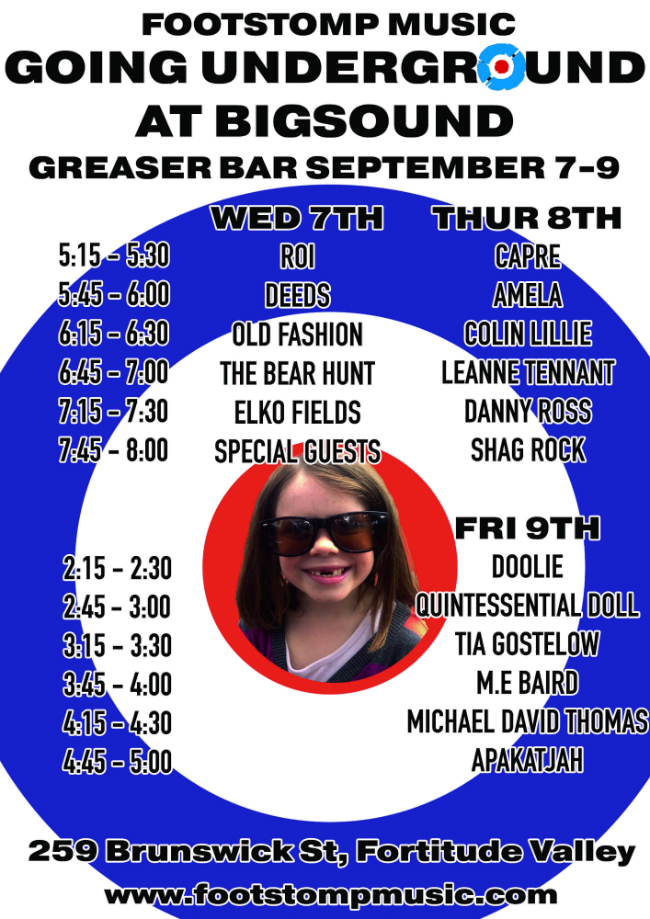 You’ll need a BIGSOUND 2016 ticket to get into the party, but with the amount of talent on the bill this year it’s looking like the ultimate wrap-up for your festival experience.

There’s bound to be more BIGSOUND parties and events announced next week, so check back with us in a few days for more killer barn burners!