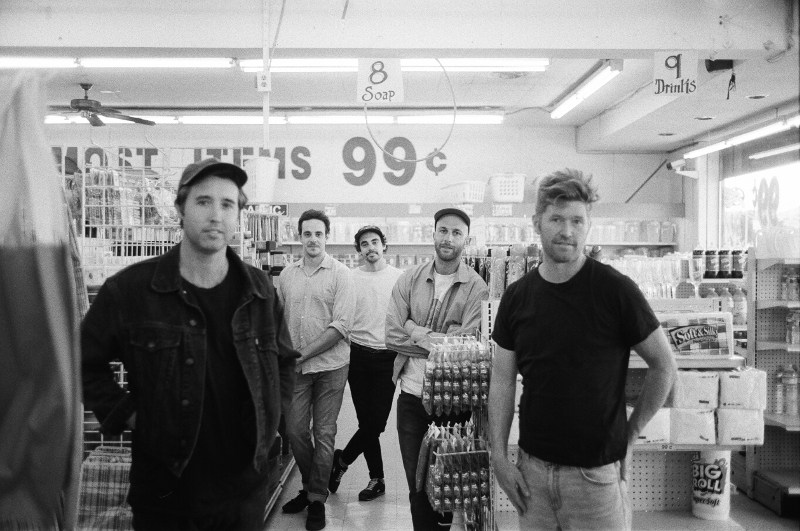 Counting down the days until the release of their debut album, Rolling Blackouts Coastal Fever will be taking the world over, one continent at a time, with an extensive tour—including a run of Australian dates in September.

Starting in the UK and Europe today until mid-August, the Melbourne five-piece has, honestly, quite a daunting amount of live shows ahead of them. Having already checked Coachella, The Great Escape and Primavera off the list, and with Splendour in the Grass also on the horizon, it’s all coming up Rolling Blackouts Coastal Fever! Until September, the group will be travelling around North America before heading back home, then to the UK and Europe… again!

At home, though, the group will entirely road-worn and ready to show Australia their debut album. Kicking off the run at Brisbane, as part of Brisbane Festival, they’ll then head to Sydney, Perth, Adelaide, Geelong and Melbourne. They’ll also make an appearance on the Sunday of the two-day Yours & Owls Festival in Wollongong.

Their impending album—titled ‘Hope Downs’—has been incredibly hyped with single drops such as Talking Straight and Mainland. Displaying a masterclass of rhythmic hooks, Simply, the band are a paradigm of interloping guitars, melodic intricacies and shifting rock movements unlike anyone else.

‘Hope Downs’ is out Friday 15 June via Ivy League. Stream Talking Straight below and scope their tour schedule.