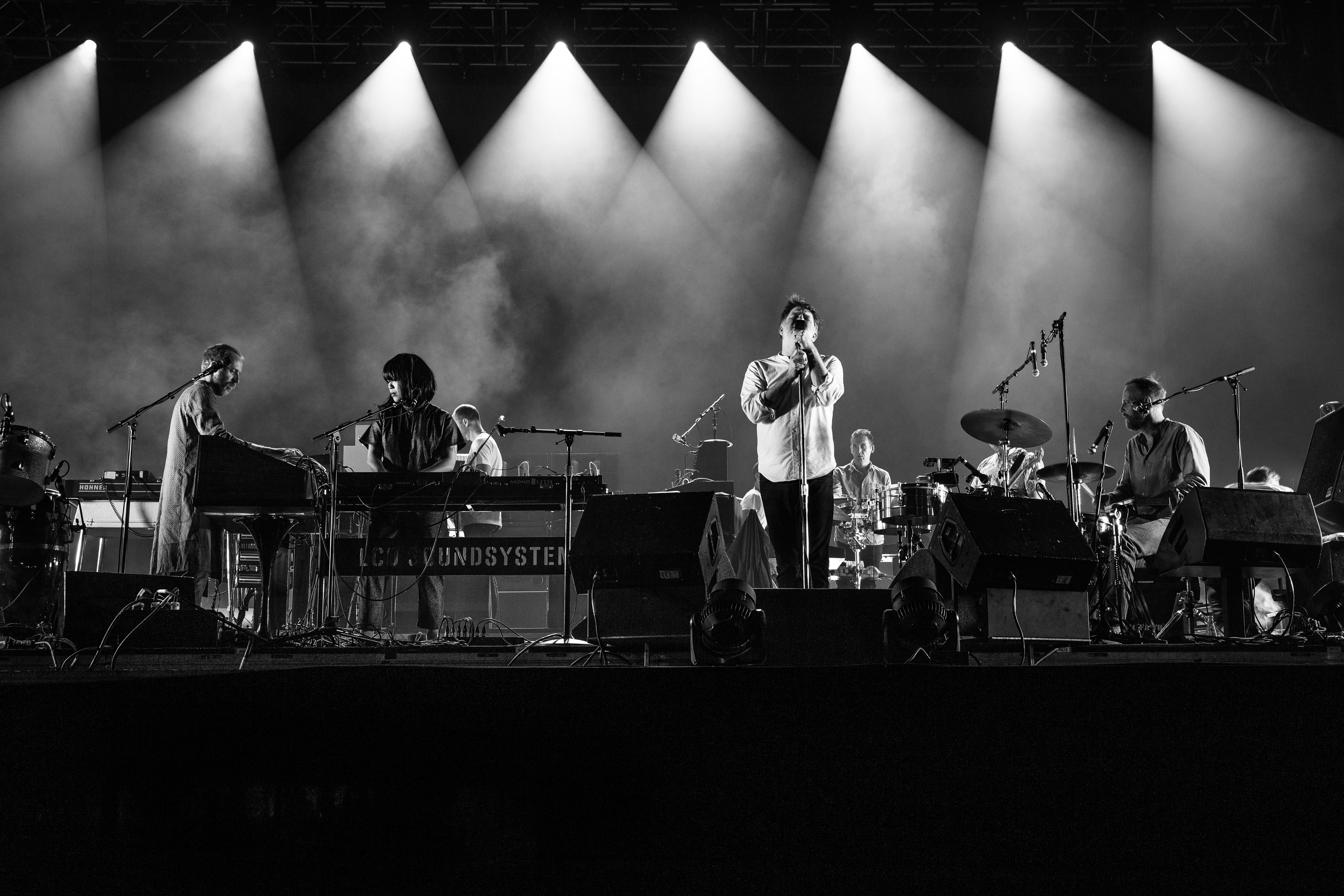 Update 25/01 2.50pm: LCD Soundsystem have cancelled their upcoming run of Australian and New Zealand dates. Kicking off next month, the dates were to be supported by Nick Murphy aka Chet Faker behind LCD Soundsystem’s new album, ‘american dream’. Read the official statement:

“LCD Soundsystem and Frontier Touring regret to advise the cancellation of the Australia/New Zealand leg of their tour due to unforeseen conflicts.

The band extend their sincere apologies for the cancellation and hope to return down under soon.”

Original Story: It’s official, those NYC dance-punk-rockers LCD Soundsystem are returning to Australia next February and they won’t be alone on the tour. They will be joined by Australia’s most recent successful export, Nick Murphy (FKA Chet Faker).

LCD made a huge return to Australia at this year’s Splendour in the Grass festival and sold out sideshows, however this is the first time we’ll see the band in full after the massive billboard number 1 hit record ‘American Dream‘ was released.

That’s right folks prepare yourselves to sing along loudly to the new hits from their return album, ‘American Dream’, such as Oh Baby, Change Yr Mind, How Do You Sleep and Tonite alongside the classics like All My Friends, Daft Punk is Playing At My House and more!!

At LCD’s recent Sydney performance, we stated their show was a, “masterclass,” and quipped, “there is no better.”

To top it off, we get to see them share the stage with 5-time ARIA winning legend, Nick Murphy. Drip feeding singles for a few years, after ditching the Chet Faker moniker, Murphy has shocked and divided fans with his newly branded high-class production with tracks like Medication, Fear Less  and Stop Me. These will be Murphy’s first shows in the country since a running stint earlier this year at the Sydney Opera House. 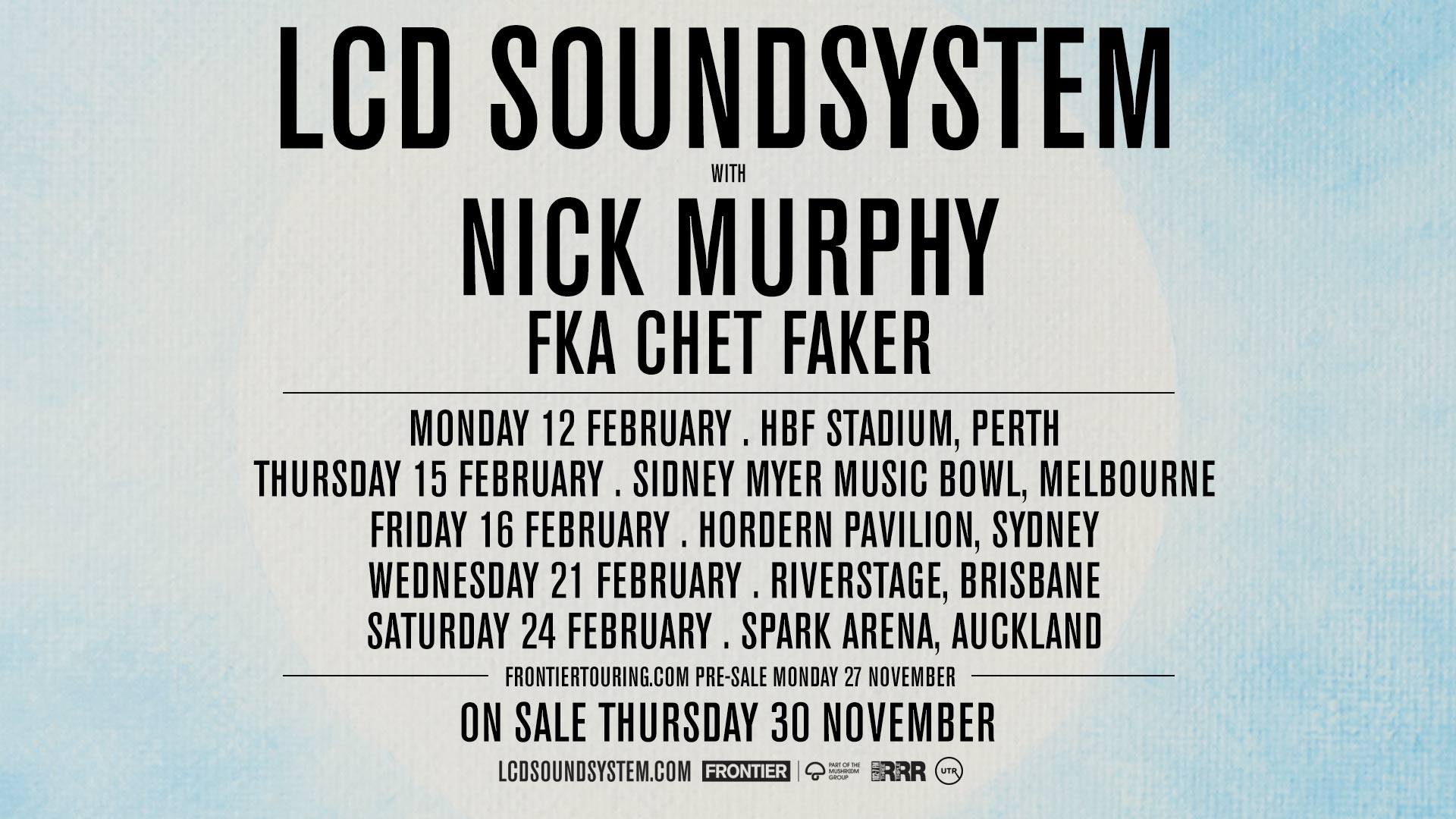