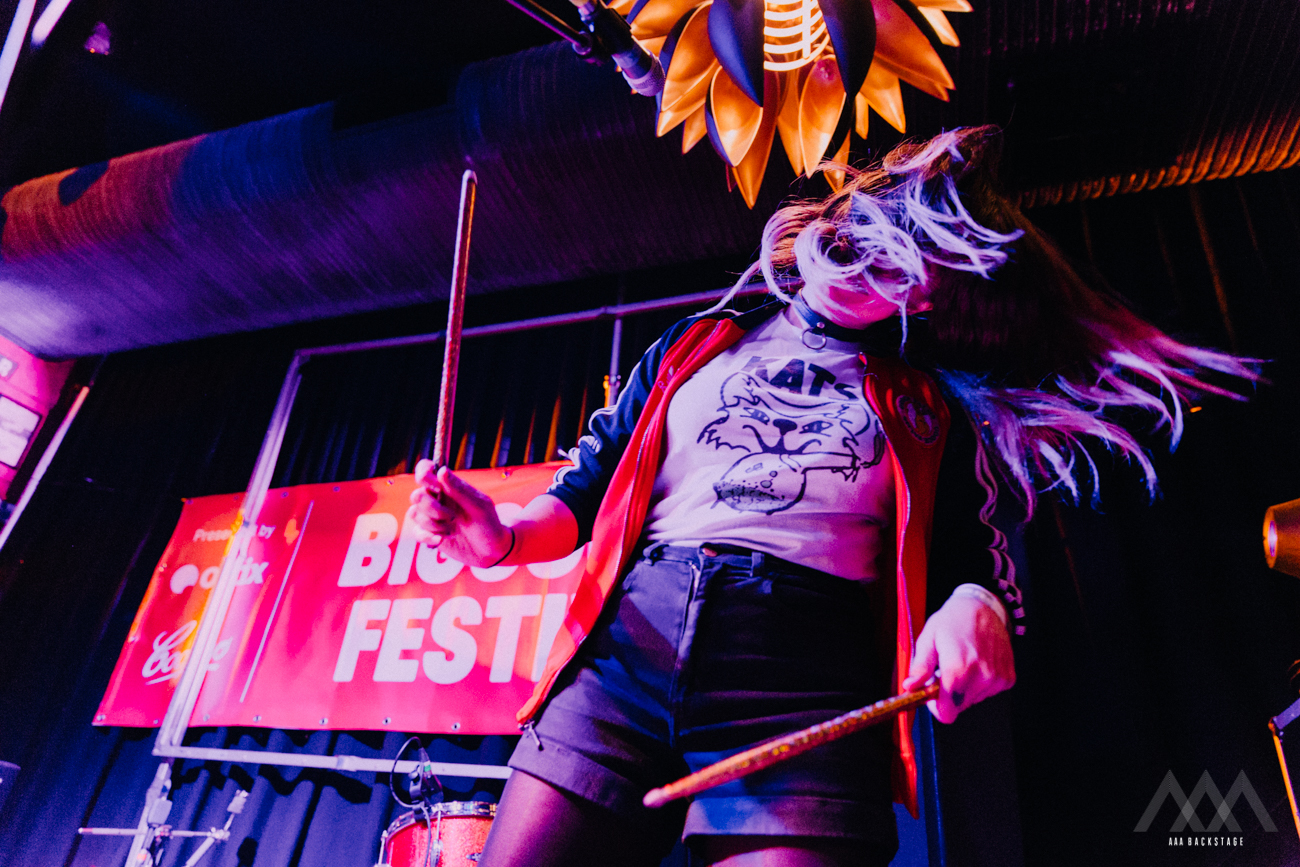 The second night of BIGSOUND 2016 once again saw a ridiculous amount of live music being showcased across Brisbane’s Fortitude Valley venues. Here’s the best of what we crammed into another beer and music filled evening! The following reviews were written by Jessica Martyn and Max Higgins.

Selahphonic kicked off the night with a thumping drum beat and funky guitar melodies. Frontman Jamie Coyle could hardly control his hands, waving them around as if to swat away a horde of insects. Only minutes in, their second number delivered a cacophony of noise, Coyle exhibiting an insane high range. It took a while for the 5-piece to slip into a comfortable rhythm, but once they did,  their constant movement and perfect timing made for a captivating performance. By the final track Ghost of 1999, nervousness had been replaced by steady belts and expressions of intense concentration. The relatively small crowd was treated to an intimate performance by a group of guys who never left the epic garage jam mentality. Read our recent interview with Jamie Coyle HERE

Energetic drumming opened Gideon Bensen’s set, lifting the crowd to a new level, but it was Bensen’s characteristic shrieks stole the show. The look of concentration on the drummer’s face only intensified throughout the set as he bashed out intricate rhythms, while Bensen looked nothing but confident strutting around the stage. He moved effortlessly with the guitar, striding right up to the edge of the stage within reach of the crowd. They were reluctant to dance, but it was more a reflection of the night’s youth than of the music’s quality: the warmth of his voice cut through the rough edges of the guitar melodies, every note carefully placed. WATCH our recent filmed interview with Gideon HERE

Dressed in all black, Gordi looked like she meant business, taking ownership of the stage as soon as she launched into the performance. Nothing’s As It Seems showed off the sweetness and strength in her voice, and as she squeezed her eyes shut, the emotion showed clearly on her face. Packing all the emotional intensity of her old favourites complete with her trademark energetic drum rhythms, Gordi’s latest track Doubts left no one disappointed. The delicacy and restraint of her Courtney Barnett Avant Gardener cover froze the crowd in place until her band returned to the stage for to finish strong with So Here We Are, Wanting, and Can We Work It Out. Read our recent interview with Gordi HERE

Flowing synth rhythms accompanied a vacant stare from Gab Strum a.k.a. Japanese Wallpaper, making for a soothing start to the set. The crowd swayed and bobbed to the rhythm, soaking in the energy build-up as he launched into Cocoon. Throughout the track, he wore a thoughtful facial expression bordering on nervousness, but the performance went off without a hitch, following through with the easy flow of Between Friends. It proved the perfect chilled dance track, complete with gentle harmonies and soaring guitar. Finishing up with Forces and a guest appearance from Airling, Strum knew what the crowd wanted to see and delivered in droves. Read our interview with Japanese Wallpaper from the start of the year HERE

After what can only be described as a nuts interview with the Good Boy boys earlier in the week, we were entirely unsure what to expect from their live performance, knowing that anything could happen. The Brisbane trio took to the stage fairly early in the night, but that didn’t stop them packing out the Oh Hello! dancefloor and getting the whole crowd moving. Closer Poverty Line took the crowd to new levels of excitation and elation! Dang that song’s catchy…

There’s a lot to be said about the West Theb crew. But it can almost all be summarised in one word, “wow”. The Adelaide septet know how to turn the volume to 11 with four to five guitarists, and one or two drummers depending on what various songs require. There was so much shred on stage it almost looked like a bag of cheese. Frontman Ray Dalfsen had an electric presence, making use of not only the whole stage but the whole venue in his performance, channeling his own style inspired by Gang of Youths’ Dave Le’aupepe.

The Ruminaters @ The Flying Cock

With possibly BIGSOUND’s best showcase poster artwork and haircuts that show off the best kinds of steeze, there was no way that we weren’t going to catch The Ruminaters’ spot at The Flying Cock. The quartet absolutely killed it, with their jangling guitars and poppy sound enticing a large portion of the crowd to get their shimmy on. Their sound reflected early ‘Beatles pop guitars, before experimentalism entered, or an early Kasabian sound…we just reckon they look pretty British. 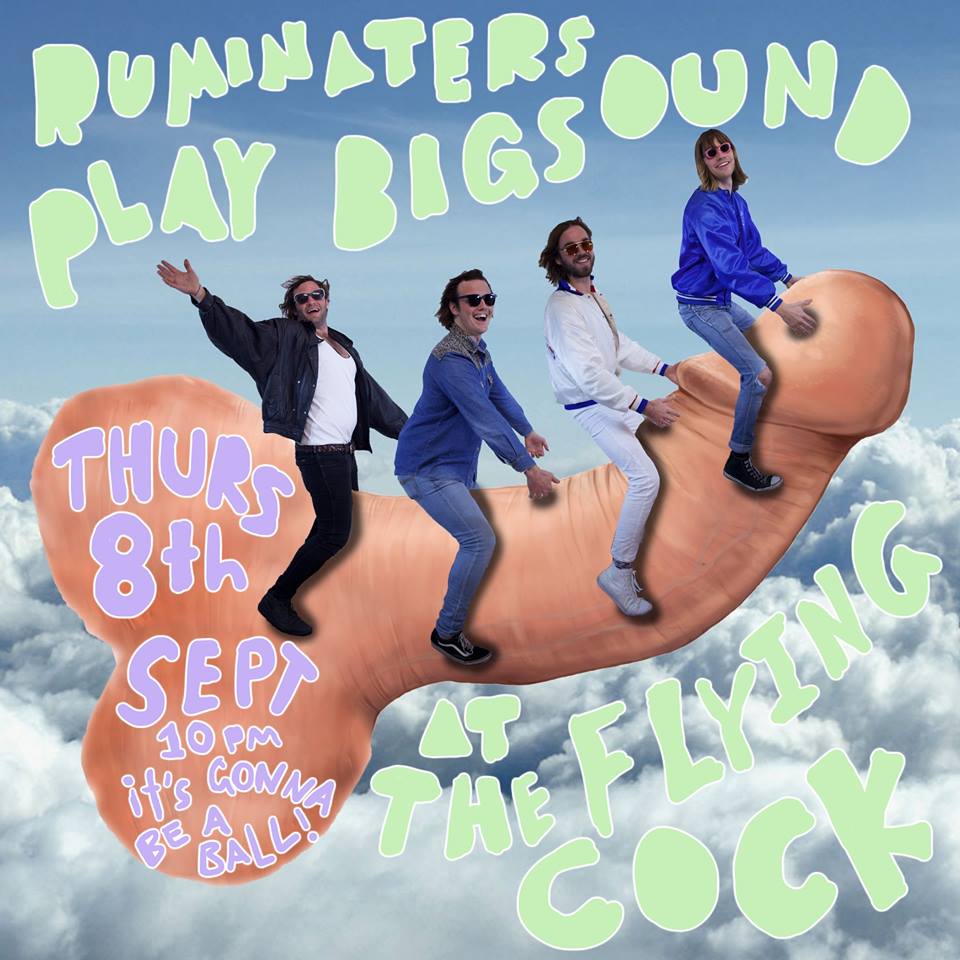