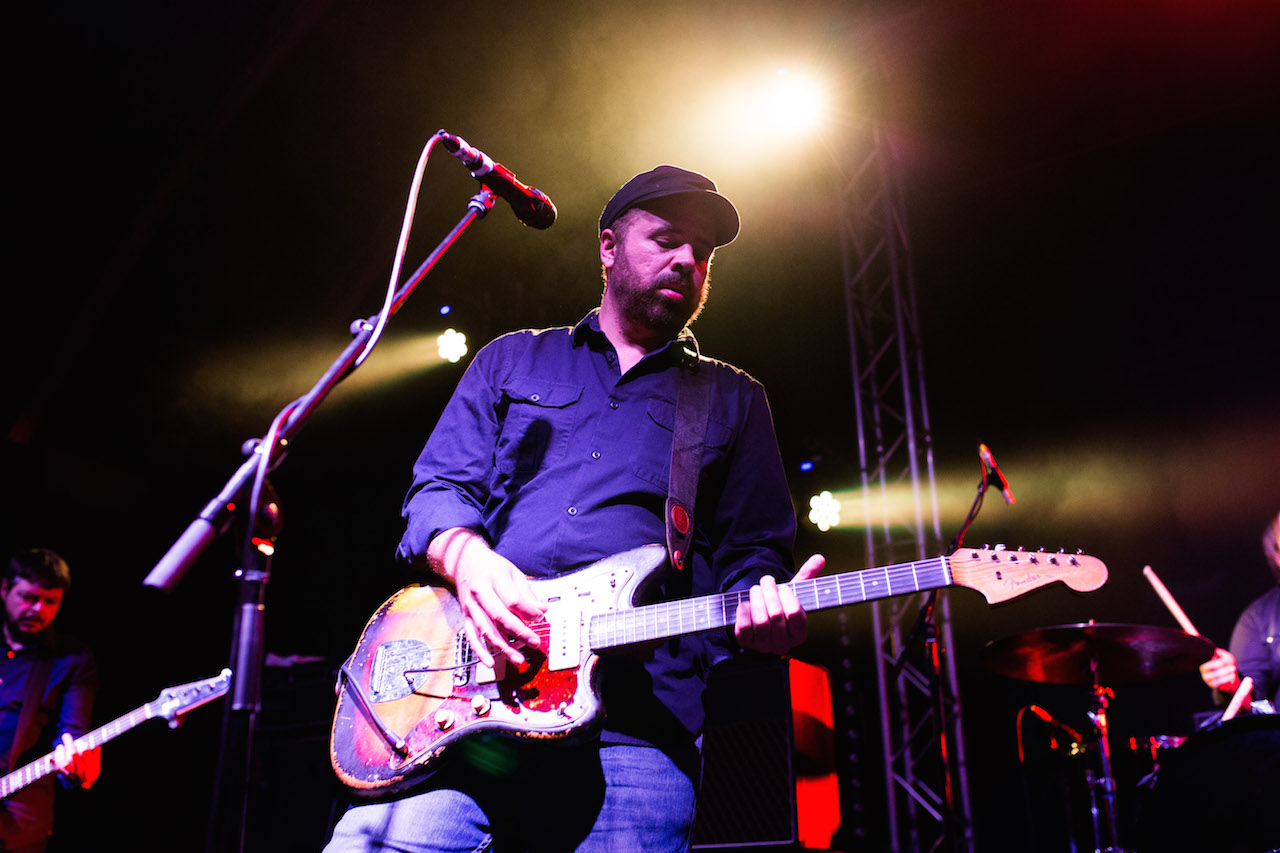 As statesmen of English rock, Swervedriver were keen to point out when they returned with their 2015 album ‘I Wasn’t Born to Lose You’, 17 years since their last one, that this wasn’t some sort of cash in reunion. They were back and putting everything into their new material, even playing a few shows whose set list consisted of nothing but the new album from start to finish. Luckily for them, the album was strong enough to back their claims and much like artists such as Mission Of Burma and Sleater-Kinney, allowed them to join the small club of “good band reunions”.

Despite this positive outlook, all it took was a quick look around The Triffid to notice that nearly every person in attendance was someone who got on board the first time around and most likely just like to hear their favourites from ‘Raise’ and ‘Mezcal Head’ than anything new. You can lead a horse to water, but you can’t force it to drink…

Playing a gig in Brisbane the same night as a home State of Origin game is always going to have an effect on turnout, and unsurprisingly the result was more than enough space for everyone to show off their best shoegaze dance moves without fear of bumping into others. Disappointingly, perhaps due to most of the audience having to sort babysitters for a midweek gig, the motion was extremely limited, with every stool dotted around the venue full of those looking for a nice sit down with their wall of sound. 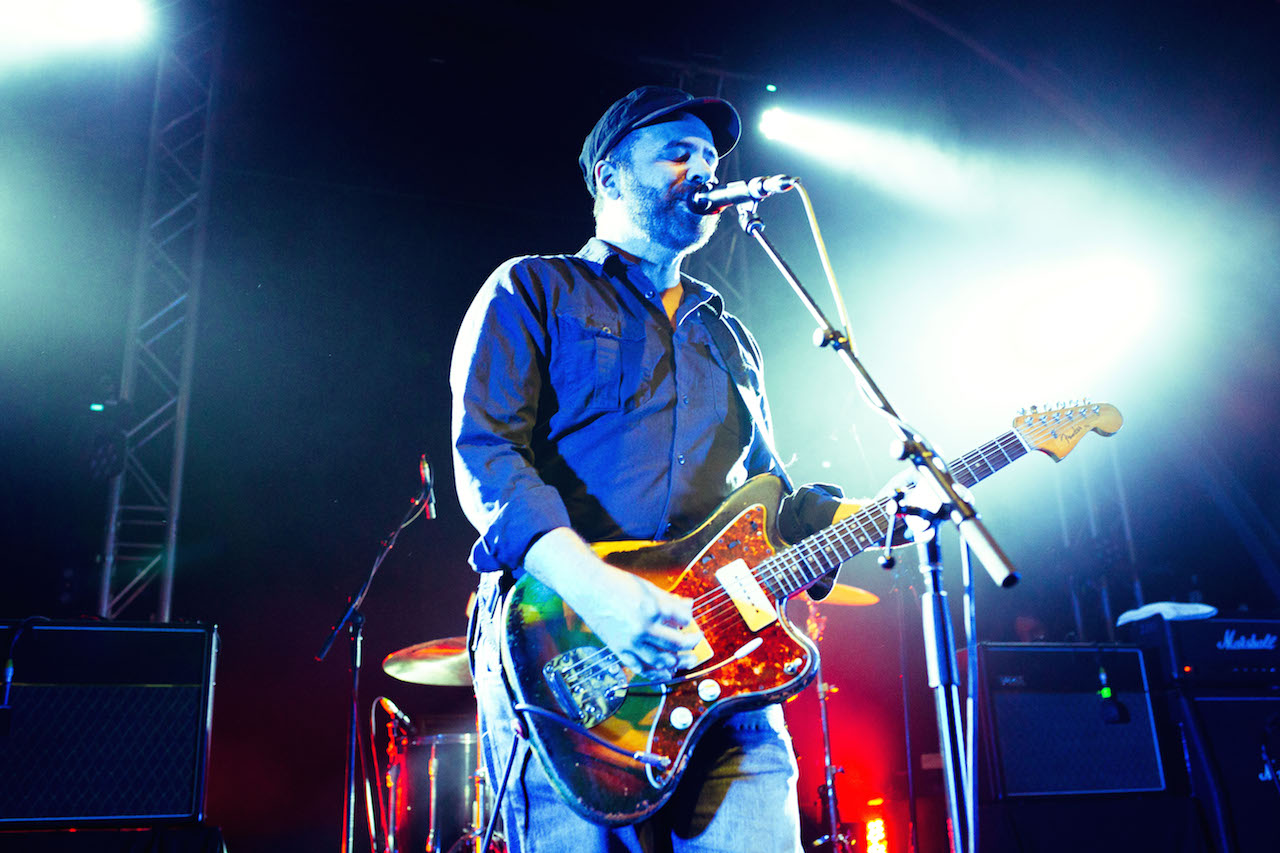 During the gap between the end of support band Ultra Material’s shoegaze homage set and Swervedriver taking the stage, there was a significant amount of activity on stage fiddling with equipment and seemingly checking everything twice, perhaps unsurprisingly when you see the guitar pedal crops on stage. You don’t normally take notice of these things, but when Adam Franklin’s guitar was all but inaudible during the opener Autodialect, no amount of giant guitar amps can take away from the importance of that delicate line to that track.

The opening fumble seemed to affect the whole band, drummer Mikey Jones missing a beat amongst the concern evident on stage, causing concern on how it was all going to turn out. Thankfully, the problems were short lived and by the time the band got to the shortened version of Never Lose That Feeling, things were sounding as they should be.

It’s funny seeing Mick Quinn from fellow Oxford band Supergrass playing bass in this line up. It makes me wonder if all Oxford musicians live in some big commune, all knowing each others music, interchanging at will. I half expected Thom Yorke to poke his head out at some point and ask if anyone wants a cup of tea or Andy Bell to bring out the washboard. Unfortunately neither of these dreams came true. 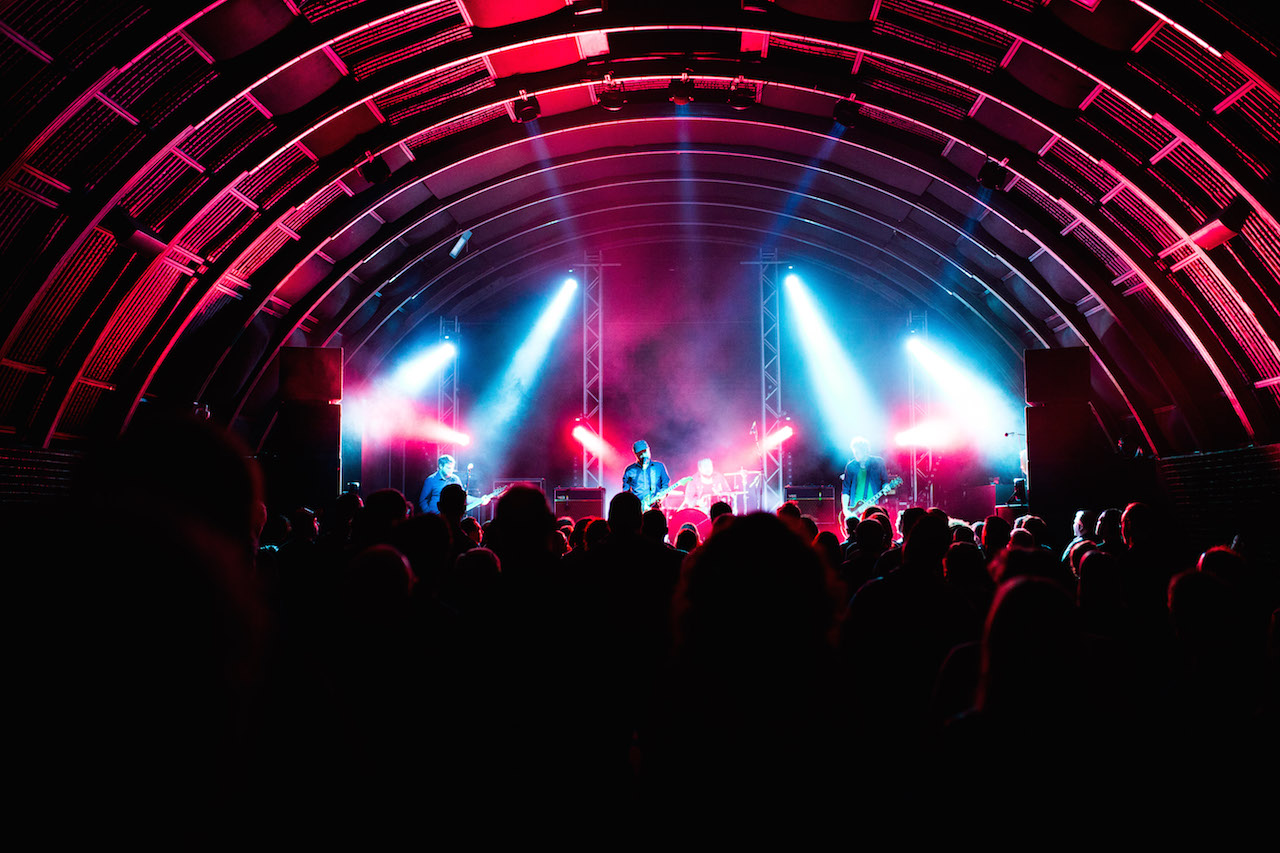 The set list for this tour has remained fairly consistent, apparently to making life easier for Mick Quinn reducing the number of bass lines he has to learn. Fixed set lists are something I associate with cash-in reformation acts and pop artists, which goes against what they’re trying to achieve. The lack of spontaneity or changes based on audience reaction feels more controlled, less personal. I understand the logic, but its effect bothered me.

The battle with proving that there is relevance to what they do and who they are is one Swervedriver have battled with their entire career. Whether it’s being dropped from Creation as Britpop exploded in the 90s due to their sound not fitting the aesthetic or this recent bugbear with reformations, the material behind it all has remained strong throughout.

They’ve inspired other bands, become a hidden gem to namecheck amongst those in the know. There’s more to them than shoegaze, and the ferocity behind tracks like Son Of Mustang Ford make that abundantly clear. There’s a reason this often overlooked Oxford band can still pull a crowd on the opposite side of the planet and though it seems that they’ll never get the response they arguably deserve, it’s a good thing they’re still making music.